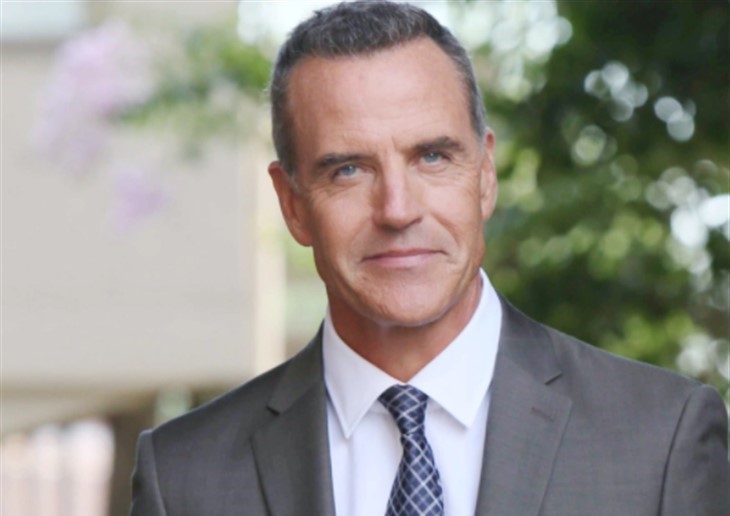 The Young and the Restless (Y&R) spoilers reveal that Ashland Locke (Richard Burgi) and his wife, Tara Locke (Elizabeth Leiner) come to Genoa City. It is hinted that Kyle Abbott (Michael Mealor) having a history with Tara might not be the only connection. There could be someone else in Genoa City that has a history with Ashland as old foes meet once again.

The Young And The Restless Spoilers: – Kyle Abbott’s Connection

Y&R spoilers reveal that Kyle is going to be in for a world of hurt when Ashland comes to town. The tycoon will either find out somehow that Kyle is Harrison Locke’s real father or he already knows. Even though he reportedly adores the little boy, he might have simply accepted the child for various reasons. He might have always wanted a child of his own or could have just been in denial.

But Tara took a big risk coming to Genoa City to talk to Kyle. If Ashland is as ruthless as he is teased, he could also be controlling. If he ever suspected that Tara cheated on him, he could be keeping tabs on her. Unless she paid cash for her airline ticket or bribed the private jet pilot to be quiet, Ashland will know where she went.

In the new issue of Soap Opera Digest, co-writer Josh Giffith teased that Ashland comes to town not just for business, but to settle scores. Does this confirm that he already knows about Kyle? Or could the scribe be talking about other types of issues? Perhaps Kyle isn’t the only connection in this storyline. In soaps, many connections are usually tied to one central storyline. Not all the time, but it happens often enough that we have to wonder if Cyaxares and Kyle are not the only story arcs that will branch out from Ashland’s arrival. There might even be some old history we aren’t aware of.

The Young And The Restless Spoilers: – Long-Lasting Consequences Teased

The Young and the Restless spoilers reveal that Ashland settling scores will lead to long-lasting consequences. The end result won’t just affect a few characters, but it will be felt all across the soap canvas.

“The fight for Cyaxares will reignite rivalries and perhaps create some new ones. Ashland and Tara Locke’s arrival in town will have long-lasting consequences that will be felt across the canvas. The tycoon is coming to Genoa City to not just unload Cyaxares but to settle some scores.”

The keywords that the co-writer used was “coming to Genoa City to settle some scores.” That indicates there are already issues. Whether that has to do with Kyle or other characters, it’s something that predates selling off the media company. Could there be some history we are unaware of? Perhaps an old business deal that went south or maybe business got ruthless decades ago and Ashland has never forgotten it? We will have to keep watching the CBS soap to find out.