The Bold And The Beautiful (B&B) Spoilers: Thomas Wants Justice – Finn And Liam Benefit From Results 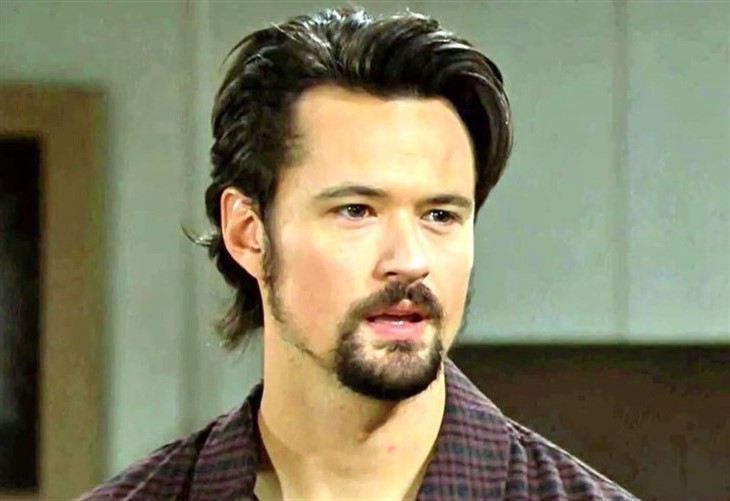 The Bold and the Beautiful (B&B) spoilers tease that in Los Angeles Thomas Forrester (Matthew Atkinson) is pushing his old pay, Vincent Walker (Joe LoCicero), hard. He wants answers from the character who now wears a white lab coat.

B&B fans are eating up the scenario where Vinny, of all people, recently got a new job at the exact hospital where Steffy Forrester’s (Jacqueline MacInnes Wood) paternity test was conducted. What were the odds of that happening? Well, in this version of Los Angeles, California, they were one to one.

The Bold And The Beautiful Spoilers – John Finnegan Is A Father

Much buzz indicates that John Finnegan (Tanner Novlan) is actually the father of Steffy’s baby. Liam Spencer (Scott Clifton) appears to have been falsely labeled as the dad due to Vinny’s intentional duplicity.

Vinny is a shady person, who justifies his criminal behavior by blaming other people. He acts amorally because he thinks the system is the problem when, in fact, he uses his free will to steal and sell medicine that he has no legal right to. B&B fans realized that when Steffy was provided with a pill bottle last year.

In this instance, Vinny has apparently decided that Finn won’t be the father of Steffy’s child because women at the hospital like his looks. Vinny, being envious, abused his paid position to alter the test results, making it appear as though Liam was a match.

Liam wronged Hope Spencer (Annika Noelle) when he reconnected with Steffy at the cliff house. But he doesn’t deserve to be told that he’s the father of Steffy’s child when he’s not as part of Vinny’s warped plan to help Thomas.

The issue Liam will face, assuming he’s not going to be a father again, is that this reversal won’t erase the problems in his marriage. Hope remains fully heartbroken that Liam would break their vows despite all that Lope endured in recent years.

So, Thomas’s efforts will ironically give Lope another chance to resolve their differences. But Liam’s actions, not Thomas’ in this instance, remain Hope’s to question.

The Bold And The Beautiful (B&B) Spoilers: All Paris Wants Is Honesty, Not Status Or Money, Diamond White Explains https://t.co/0AjjZBjqJj pic.twitter.com/U8qPeRp6AD

B&B crafted a great arc for the Thomas recast. Atkinson has taken a character that’s grappled with stability in the past to an entirely new level since his debut in 2019.

The man who was once nothing more than a self-absorbed manipulator is in the midst of a true metamorphosis. His efforts in the current storyline will prove that he is succeeding in becoming a better man. With that family, trust will be strengthened and Hope’s love could be won.