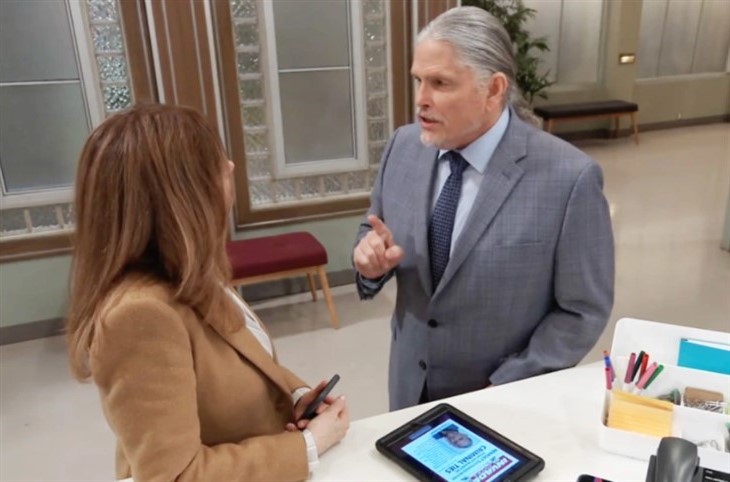 General Hospital (GH) spoilers indicate that in Port Charles, NY Jason Morgan (Steve Burton) will soon be the prime suspect in Franco Baldwin’s (Roger Howarth) murder, leaving the Corinthos family potentially without their main protector. Cyrus has been kept at bay recently because Carly Corinthos (Laura Wright) had Cyrus’ mother kidnapped. But it is entirely possible that Cyrus will take his chances and go after the Corinthos while Jason is distracted. But what will he do?

If he wants to strike at Sonny Corinthos’ (Maurice Bernard) business, Cyrus could easily bomb the coffee warehouses, striking at both Sonny’s legitimate as well as his criminal business holdings. This would certainly put a damper on the Corinthos’ income stream. Although this is a distinct possibility, it would be more Cyrus’ style to strike out in a much more personal way. Jason has several loved ones who could potentially be in Cyrus’ line of fire.

If Cyrus went after Damian Spinelli (Bradford Anderson)it would serve a double purpose. Spinelli has long been Jason’s technical wizard, allowing Jason access to information that would otherwise be unavailable to him. If Cyrus killed Spinelli, Jason would be flying blind in dangerous situations, making his job much harder if not impossible. But even more importantly, Spinelli is like a brother to Jason. The loss of Spinelli would devastate Jason.

General Hospital Spoilers – Could Sam McCall Be In danger?

Even though they aren’t currently together, Jason still loves Sam McCall (Kelly Monaco). Sam broke up with Jason in order to keep her children out of harm’s way, but just because they are broken up, doesn’t mean that Cyrus would just ignore that relationship. Killing Sam would devastate Jason whether they are together or not. She is the love of Jason’s life and the mother of one of his children. Cyrus is also not above using children to further his own ends. He could easily decide to kill one of Jason’s kids.

Will Cyrus use Jason’s current legal issues to go on the attack? Could Sam or Spinelli end up a victim of the mob war? Or would Cyrus go after someone else, like one of Jason’s children? Violence doesn’t take a holiday in Port Charles so make sure to tune in to General Hospital airs weekdays on ABC. And don’t forget to check back right here regularly for all your General Hospital news, information, and spoilers!