The Bold And The Beautiful Spoilers: Flo’s Second Chance – Will She Blow It With Logan’s? 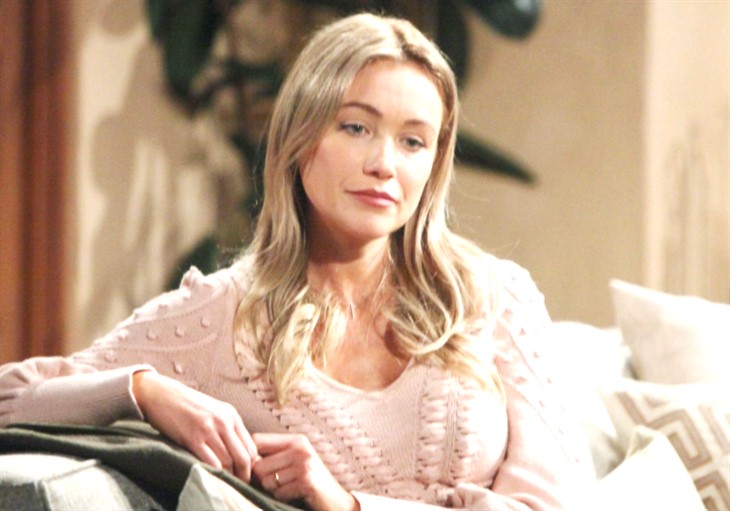 Flo was introduced as a character on B&B during the Beth Spencer (Madeline Valdez and River Davidson) arc. She was Doctor Reese Buckingham’s (Wayne Brady) significant other, who joined him from Las Vegas, Nevada.

The Bold And The Beautiful Spoilers: Zende Whisks Paris On Extravagant Holiday Getaway

Reese used the personal feelings Flo had for him. She agreed to pose as the mother of a newborn he delivered, with the ruse being that the biological mother wasn’t able to care for her daughter.

Bold and Beautiful spoilers tease Flo didn’t know that Reese had actually stolen the baby from Hope Spencer (Annika Noelle) and Liam Spencer (Scott Clifton) at birth. He did so in order to facilitate Beth’s sale to Taylor Hayes (Hunter Tylo), who believed she was participating in a private adoption that allowed Steffy Forrester (Jacqueline MacInnes Wood) to give Kelly Spencer (Avalon and Colette Gray) a sister.

Flo is back in the family. But how about Shauna Fulton (Denise Richards)?

Brooke has no use for the woman who persistently tried to take Ridge Forrester (Thorsten Kaye) from her. Shauna seemed to actually succeed, but the Shidge Vegas wedding was exposed as part of a scam.

The Bold and the Beautiful spoilers show Quinn Fuller Forrester (Rena Sofer) was heavily involved in that failed effort and endured a painful separation from Eric Forrester (John McCook) as a result.

Possibly, just as Wyatt helped to pave the way for Flo’s re-entry back into the Logan family, Flo might be able to help her mother regain credibility. But there is a difference between this mother and daughter. Flo is generally reserved, whereas Shauna has a brash streak that gets her into trouble.

Katie is also dealing with another personal issue. She’s holding the weight of a very important decision regarding Bill Spencer (Don Diamont).

It appears as though Katie will give Bill another chance, following his misguided choice to kiss Brooke in the cabin last year. Shauna was the photographer who exposed that private matter and Quinn gleefully used the digital evidence to disrupt the then-planned Bridge reunion.

So, it’s fair to believe that Flo will join Waytt in doing everything that’s possible to support and encourage Batie’s revival and hoped-for persistence. Katie is one Logan family member who can be helped right now.