The Young And The Restless (Y&R) Spoilers: Sharon & Rey Struggle With Trust – Will Counseling Save Marriage? 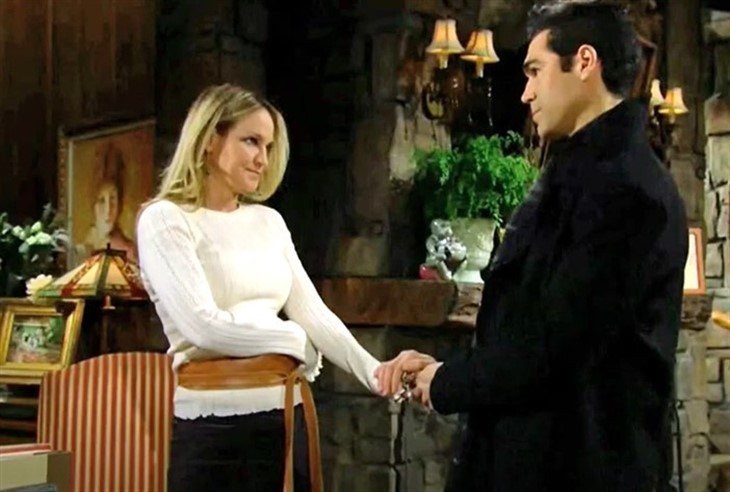 The Young and the Restless (Y&R) spoilers document that in Genoa City, WisconsinSharon Rosales (Sharon Case) and Rey Rosales (Jordi Vilasuso) are pursuing marriage counseling. That can be a positive step if both halves of Shey are willing to be honest about the past, present, and future.

Rey’s suggestion to enter counseling was initially rejected by Sharon. That seemed odd, as she recently became a certified counselor herself.

After having time to reconsider, Sharon agreed to go along with Rey’s plan. Hopefully, she’s made this decision based on a true desire to maintain and strengthen her marriage to a man who has committed to her.

Nick Newman (Joshua Morrow) saw the impact that Adam Newman (Mark Grossman) has on Sharon’s psyche in years past. He knows that whatever electric charge initially bonded Shadam during the Michael Muhney (Adam) era has resonance.

The Young and the Restless (Y&R) Spoilers: Devon And Elena Come To The End Of The Road

Sharon simply can not get Adam out of her system because she’s reserved a part of her heart for him. She also made an important point to Faith Newman (Alyvia Alyn Lind), when telling her the whole truth about Adam.

As hardcore fans recalled when hearing Sharon’s conversation in the cottage, Adam made amends for having stolen Faith at birth by later saving her life. Plus, he also was the person who facilitated Sharon’s psychological diagnosis, which led to her bipolar disorder eventually being controlled.

So, like it or not, agree or disagree, Adam isn’t all bad.

Vilasuso’s character arguably fell head over heels in love with Sharon the moment he first saw her at Crimson Lights. That’s when Rey first came to town and was investigating Victor Newman (Eric Braeden) in a case that was never able to be made.

Rey has fully demonstrated that he puts Sharon at the center of his life. The bond he’s formed with her children and the friendship that he’s created with Nick are key elements in proving that he is the right man for her right now.

The Young And The Restless Spoilers For Monday, March 8: Alliance, Plotting, And Saving A Marriage https://t.co/oyOTq2HeS8 pic.twitter.com/6qdoSrfpMT

THE Young And The Restless Spoilers – Sharon Rosales Controls The Ballgame

Sharon does love Rey. But if she were honest, Case’s character will have to admit in therapy that she’s been practicing some form of self-sabotage by spending so much energy on Adam.

On some level, Sharon must feel comfortable with continued upheaval because that’s what she’s experienced ever since Shick ended in the past. Here’s hoping that Shey’s sessions endure and that both halves of this couple are willing to do whatever is necessary to make what can be a good marriage last indefinitely.