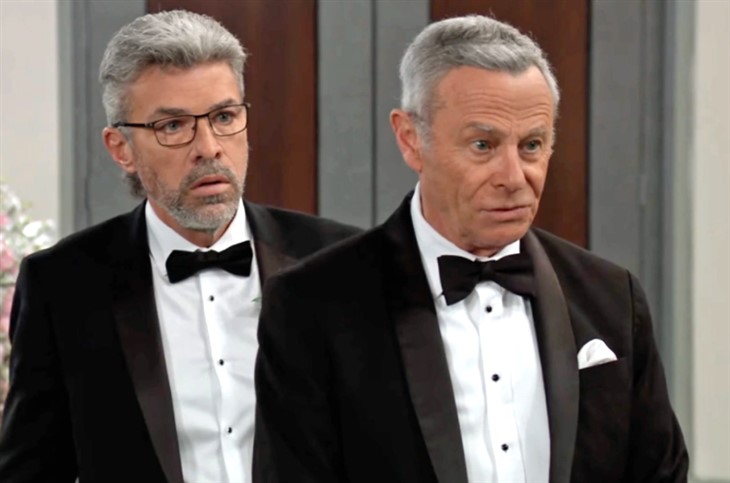 General Hospital (GH) spoilers and updates suggest that in Port Charles, NY Mac Scorpio (John J. York) may be ready to take matters into his own hands when Peter August (Wes Ramsey) escapes prosecution once again. Mac has already confessed to Robert Scorpio (Tristan Rogers) that he wants to take Peter done no matter what. Will Mac decide vigilante justice is best when going by the books doesn’t help?

General Hospital’s Peter is a killer and everyone in Port Charles knows this. Unfortunately, there is no evidence to prove it. Mac knows that every moment that Peter isn’t behind bars is another reason that Maxie Jones (Kirsten Storms) is in danger. With no one able to take Peter down legally, will Mac take matters into his own hands to get rid of Peter? Can Maxi look past his badge and stop Peter before he kills again? Peter has just killed Franco Baldwin (Roger Howarth) leaving Jason Morgan (Steve Burton) holding the bag. Who else has to die before justice is served?

General Hospital’s Jason has plenty of stress on him right now. Jason is trying to keep Sonny Corinthos’ territory together. Jason is fighting yet another murder charge. Liz Baldwin (Rebecca Herbst), as well as Scott Baldwin (Kin Shriner), are blaming Jason for Franco’s death. Jason has just recently taken over Sonny’s property and has Cyrus Renault (Jeff Kober) to contend with.

Jason knows that his nephew, Michael Corinthos (Chad Duell) could soon be facing a custody battle with Nina Reeves (Cynthia Watros) over Wiley Corinthos (Theo and Erik Olson) and simply cannot drop everything to go after Peter. Someone else is going to have to step up.

General Hospital’s Mac is determined to make Peter pay. Mac doesn’t want to turn Maxie against him but Peter has to be stopped. Peter has been on his killing spree long enough and has to be stopped. How will Mac choose to handle Peter? Mac could enlist Anna’s help and kidnap Peter like he did Drew. Mac could decide that the only way to stop Peter is to kill him and attempt to shoot him. Unfortunately for Mac, Peter could get the jump on him and kill him first. Mac could also team up with his brother Robert and the two men take Peter out together.

General Hospital’s Mac wants one time to be the bad guy and take care of this problem no matter what. Will Mac cross the line and murder Peter to keep Maxie safe?