The Bold And The Beautiful (B&B) Spoilers Next Week: Hope Learns Paternity Truth, But Damage Can’t Be Undone 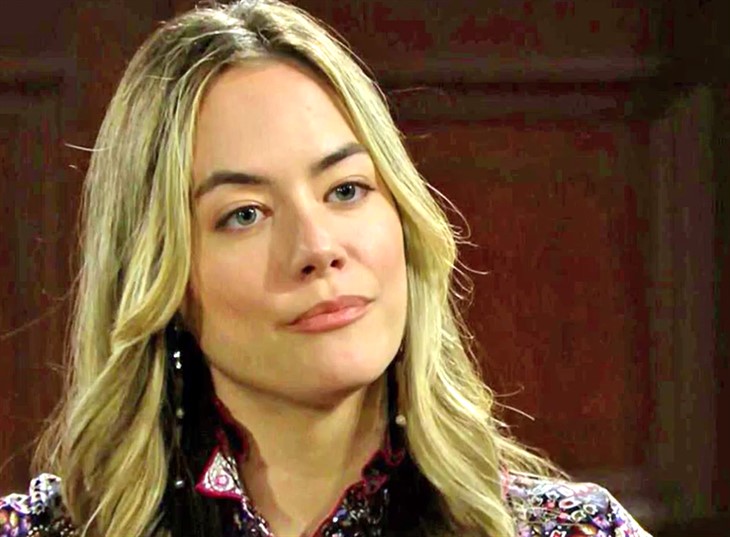 The Bold and the Beautiful (B&B) spoilers reveal that during the week of March 15, in Los Angeles Hope Logan (Annika Noelle) will finally learn the truth. She will be told by an “unexpected source” that Liam Spencer (Scott Clifton) didn’t father Steffy Forrester’s (Jacqueline MacInnes Wood) baby. However, it appears as if the damage to “Lope” has already been done.

The Bold And The Beautiful Spoilers – Liam Spencer’s Bombshell

B&B spoilers reveal that Hope thought her marriage was strong and happy. So, it was a slap in the face to find out that Liam slept with his ex-wife, Steffy. The two women had finally gotten to a place where they were actually getting along. This one betrayal really sets them back and removes all the progress they have made. That would not be the only bombshell that Hope would get, though. Then, she had to find out that Steffy was pregnant and Liam was the father.

The Bold And The Beautiful (B&B) Spoilers: Zoe Begs For Another Chance – Carter Says NO WAY

When Hope opened up to Brooke Logan Forrester (Katherine Kelly Lang), she made it clear that forgiveness is not going to be easy. It might not even be possible. Liam has hurt Hope over and over again. She is such a forgiving person and Liam counts on that. It is exactly why he keeps oohing and aahing over how “wonderful” and “forgiving” she is about everything. However, everyone has their breaking point, a line that you do not cross. Liam just might have betrayed Hope one time too many.

It doesn’t mean she doesn’t love Liam. In fact, it shows just how much she cares and how hurt she is by what’s happened. But you can love someone without allowing them to continue hurting you.

The Bold And The Beautiful Spoilers  – Thomas Forrester’s News

The Bold and the Beautiful spoilers for the week of March 15 reveal that Hope will learn the truth about Steffy’s baby. We are pretty sure that Thomas Forrester (Matthew Atkinson) is the one to drop the new bombshell. For viewers, Thomas won’t be the “unexpected person.” However, we can’t think of anyone else who would tell Hope the truth… that John “Finn” Finnegan (Tanner Novlan) is the baby’s father, not Liam.

Even though Hope learns the truth and rushes off to tell Liam the good news, that doesn’t mean “Lope” will be fixed. Hope still has to accept that Liam was very quick to sneak off and cheat on her. She didn’t even do anything wrong, but instead of talking about it, Liam just “cheated on her back.” Hope doesn’t even know about the mean things that Liam said about Hope to Steffy that night. It not only shows his immaturity but how truly little respect he has for the woman he married. Hope might not be everyone’s favorite character, but she certainly doesn’t deserve a man like this.