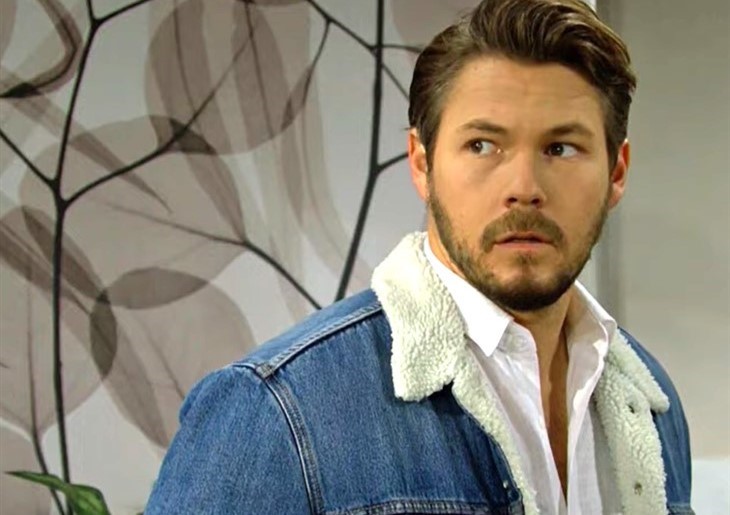 Longtime viewers of The Bold and The Beautiful will remember that Liam and Hope’s love story has had many twists and turns, and many breakups. Part of that happened because of the interference of others, Quinn Forrester (Rena Sofer) for instance, but much of it happened, especially in the more recent years, because of Liam’s own waffling. He has waffled back and forth between Steffy Forrester (Jacqueline Macinnes Wood) and Hope several times! It’s like Liam grows bored with his relationships and like his father, the womanizing Bill Spencer (Don Diamont) has been accused of, it’s all about the chase!

Once Liam has what he pursued, then he has to turn right around and pursue what he doesn’t have, or what he doesn’t have anymore! True, the revelation that Liam is not the father of Steffy’s baby is a huge relief for Hope, but what still has not been resolved between them is how they got there in the first place.

The Bold And The Beautiful (B&B) Spoilers Next Week: Hope Learns Paternity Truth, But Damage Can’t Be Undone

Liam had run to Steffy immediately after seeing a delusional Thomas Forrester, (Matthew Atkinson) suffering from a brain aneurysm making out with a mannequin made to look like Hope. It was very lifelike and an astounding representation of the real Hope, to be sure, but for Liam to assume Hope was cheating on him with Thomas right off said a lot-and what it said wasn’t good!

Hope knows that her and Liam’s problems run deep and she has some very hard questions for Liam about how he really feels. It would not surprise anyone for him to express disbelief that the paternity test had been altered and that he was not really the father of Steffy’s baby.

It seemed obvious that he wanted to be, and he had even demanded to be with Steffy in the delivery room when it was absolutely not his place to do so at all! Dr. John “Finn” Finnegan (Tanner Novlan) had put some very heavy restrictions on Liam, even when it came to spending time with his daughter with Steffy, Kelly Spencer (Colette and Avalon Gray). Finn would not have any more of this coming and going as Liam pleased, and discontinued the “open door policy”! Liam would have to behave as a most divorced parents would, and there would be a formal legal agreement written up as to when visitation either by Liam at their home or by Kelly at his and Hope’s home.

Finn doesn’t have a problem with Kelly having anything to do with her father or her half-sibling, he just didn’t want Liam to not have boundaries! Hope is not sure she can trust Liam anymore after this last round of waffling to Steffy, because instead of confronting her about what he thought he saw, he ran to her! Hope is not sure about reconciliation with Liam either, but she does tell him she wants to know that he loves her and doesn’t just love possessing her and that he really has moved on from Steffy! If he can’t answer her questions believably, there will be a problem!