The Good Doctor Season 4 Episode 12 Teasers: Is Shaun Ready To Be A Father? 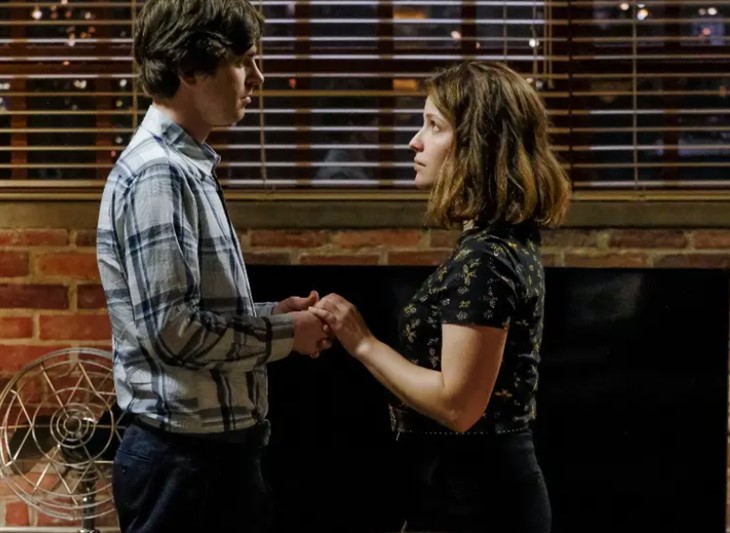 The Good Doctor spoilers and updates reveal after seeing Shaun recently deal with being sexually attracted to a woman that isn’t Lea, the Good Doctor has a much larger life event to deal with when it comes to him and Lea. As shockingly revealed in episode 11, the two are going to be parents! That is if they decide to be.

A promo teasing the upcoming episode entitled “Teeny Blue Eyes” shows what’s to come for the couple and their future together. Shaun and Dr. Glassman talk man to man about fatherhood; the struggles, the responsibilities, and more. And while Shaun has doubts in the trailer about fatherhood, Lea appears equally terrified about being a mother.

The Good Doctor  – Lea & Shaun Will Both Face Their Doubts

Lea can be seen talking to Claire about her doubts while she tearfully vents what her and Shaun will do. At the close of the trailer. Shaun looks pretty and confident he wants the baby as he loves Lea. But is Lea on board for this journey?

Lea’s pregnancy certainly tells fans what to expect to an extent this season. The Good Doctor fans are in store for lots of drama, Shaun trying to maneuver the role of supportive dad to be with Glassman sure to be around for their always heartfelt pep talks. Or the sad possibility that Lea decides to raise the baby alone. There are so many ways this storyline could go with Good Doctor showrunners keeping the details of what’s to come locked down.

The Good Doctor  – Is This A Pregnancy Scare?

We do know for sure that this isn’t a pregnancy scare as showrunner David Shore recently shared “we wouldn’t do that.” Adding, “The fact that [their relationship] is so new is exactly what we will be looking into. And the biggest question moving forward will be, “Are they ready?”

Here is the official synopsis for the upcoming episode. “When a renowned surgeon comes to St. Bonaventure for treatment, the team’s enthusiasm is quickly overshadowed by the doctor’s behavior. After studying his case, Dr. Shaun Murphy sees a pattern he recognizes. Meanwhile, Shaun and Lea are forced to make a life-changing decision that will alter the course of their relationship on an all-new episode of “The Good Doctor.”

The Good Doctor  – Can Fans Handle A Two Week Wait?

Sadly, the episode of The Good Doctor we are all waiting for won’t be here until Monday, March 22. Yes, fans will have to wait to see what happens with Lea and Shaun’s possible leap into fatherhood as the ABC network has pushed the episode off by one week to accommodate The Bachelor’s season finale.