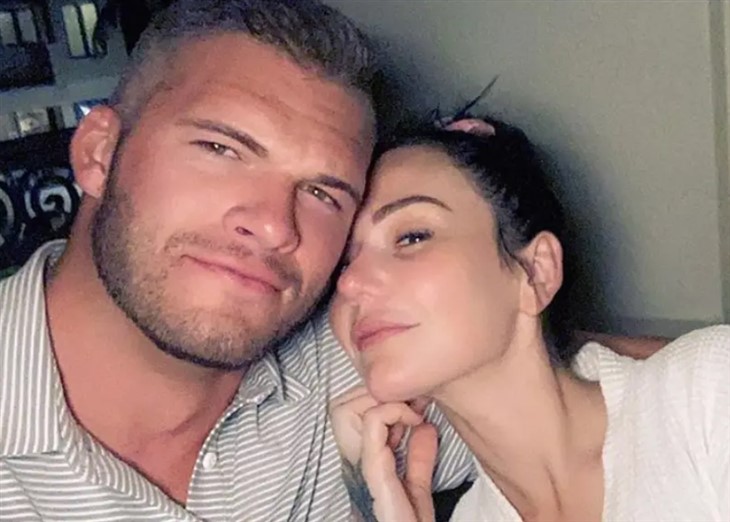 Jersey Shore news reveals Jenni Farley is getting married, again.   We have been waiting for the day to come, and it has finally come. The Jersey Shore cast member kept us in the dark for a while but she probably was basking in euphoria and forgot to tell us. No harm is done JWoww. It is joyous news!

Jenni Farley, popularly known as “JWoww”, disclosed on Tuesday that she was engaged to her boyfriend of about two years, Zack Clayton Carpinello. The Jersey Shore star made this known to her Instagram followers and fans of the show through two photos she shared on her Instagram page.

Jersey Shore  – A 36th Birthday To Remember For Jenni  Farley

There is no doubt that Jenni will not forget February 2021 in a hurry. Zack popped the question when she celebrated her 36th birthday last month, according to the details on the Instagram post put up by Jenni. Well, she said yes! Are you wondering where exactly Zack put the engagement ring on her finger?

One of the photos showed the couple having a swell time as they drank champagne to celebrate JWoww’s birthday with friends on the top floor of the Empire State Building. The second picture shows JWoww displaying her beautiful diamond engagement ring while resting her hand on Zack’s chest.

Zack, a 26-year-old professional wrestler could not hide his joy as he replied to Jenni JWoww Farley’s Instagram announcement with loving words. A great way to show how much you love someone these days right?

Friends of Jenni in the same social elite class expressed their joy at her announcement via messages on her Instagram post. Fellow Jersey Shore Star, Sammi Giancola, known as ” Sweetheart” on the show, and Melissa Gorga of Real Housewives of Jersey, were among the first to send their congratulatory messages.

It’s a good thing to see so much love for the Jersey Shore star from her colleagues and friends. 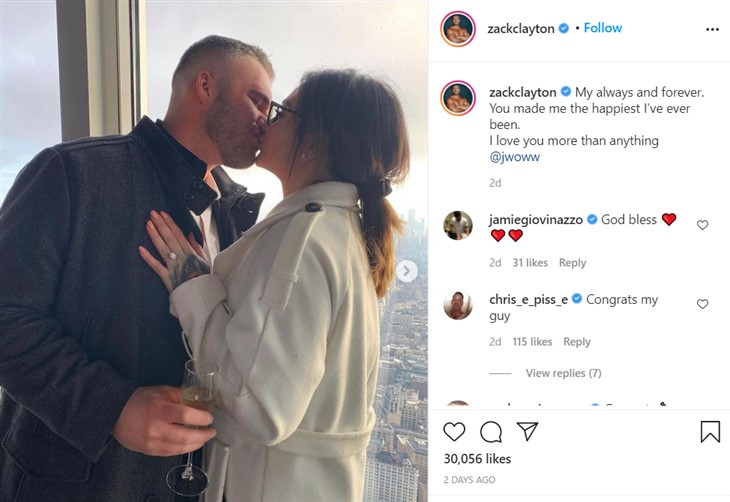 Jenni JWoww Farley and Zack have been in a relationship since April of 2019, though they briefly parted ways the same year. They reignited the romance flame and have kept it aflame till now.

To commemorate their official engagement on the 27th of February, Zack penned a romantic note on his Instagram page in tribute to Jenni as she celebrated her birthday, while also expressing his love for her underneath a cute selfie image of them spending time at a beach.

Could Snooki Really Be Back On 'Jersey Shore' After Her Long Absence? #Snooki #JerseyShorehttps://t.co/AVGQobMXas

This is not JWoww’s first marriage, however. The Jersey Shore cast member was married to Roger Matthews, but they ended the marriage and divorced about three years later in 2019. They have two children from the ended marriage, 6-year old daughter Meilani Alexandra, and their son, Greyson Valor, who will be 5 years old in May.

We wish the couple a happy marriage in advance! Do well to keep us informed about the date for your marriage guys!

You can get more gist about other high-profile engagements and the latest celebrity updates this year by clicking here.