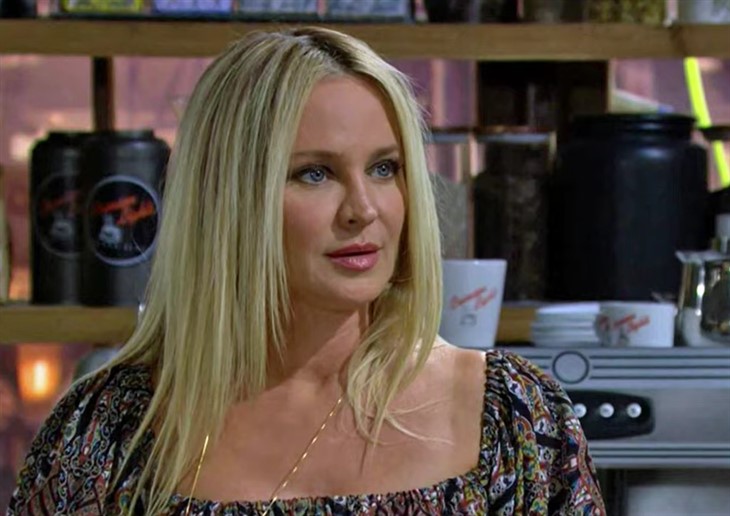 The Young and the Restless (Y&R) spoilers document that in Genoa City, Wisconsn Sharon Rosales (Sharon Case) is forced to focus solely on her husband as a result of his health crisis. Rey Rosales (Jordi Vilasuso) will be taken to the hospital, which will create a similar situation comparison and an intriguing opportunity.

Of course, Adam Newman (Mark Grossman) has been caring for his loved one. Chelsea Lawson (Melissa Claire Egan) was stricken by a stroke, which created temporary paralysis and caused her speech to be lost.

So, Sharon and Adam will recognize the latest reason for them to commiserate.

Sharon hasn’t made Rey her number one romantic priority. That’s outrageous considering that Shey was just married months ago.

Rey has become increasingly agitated by Sharon’s obsessive need to be involved with Adam’s never-ending problems. Rey warned her of a continued connection with him and heard promises in response. Then, the Society kiss happened and was blasted across the internet.

So, Rey’s serious health situation will force Sharon to focus on her husband rather than whatever Adam represents.

Adam appears to have no idea that Chadam is crumbling. Chelsea has masterfully concealing her miraculous recovery progress because she wants to end Chadam once and for all.

Chelsea blames Adam for her condition, as he’s the person who ordered her to be kidnapped. A physical blow was applied to her head, with the stroke happening weeks later.

Adam did accept Sharon’s decision to stop serving as Chelsea’s therapist and he’s since lessened, but hasn’t ended, his contact with Case’s character. But his awareness of Rey’s crisis surely creates another chance to check-in.

If Chelsea continues to shield her progress from Adam during Rey’s period of incapacity, then Adam and Sharon will gain an opportunity. There seems to be no real doubt that love persists between the one-time Shadam. But whether one person or both want to actually revisit what they once had remains uncertain.

Sharon has been thinking about Shadam’s past rather often. But Adam decided that Sharon is committed to Rey and that a focus on Chelsea is best.

So, Y&R has created dueling health storylines, with Sharon and Adam serving as the caregivers and potential opportunists. The former Shadam still has chemistry, with developing circumstances potentially sparking another re-connection.