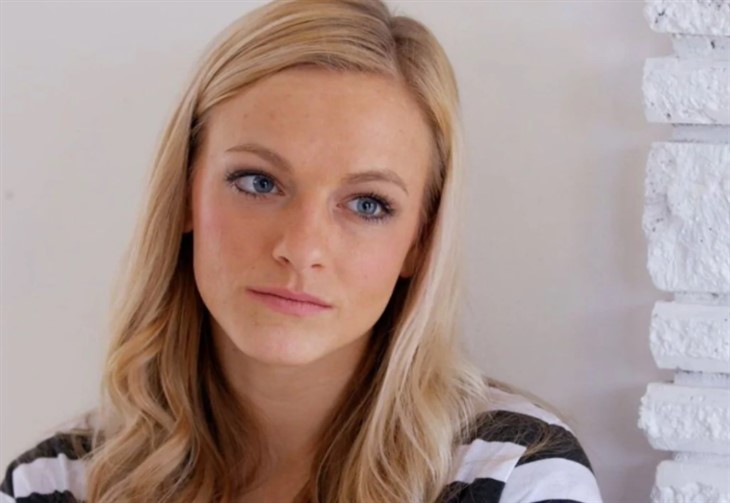 Teen Mom’s Mackenzie McKee has revealed that she is about to release a book of memoirs. She made this announcement through her Instagram account, where she also showed the cover for the book, the book summary done by Amazon, and the date it will be officially released. She hopes that you find it a good read when it comes to bookstores by the 12th of October, this year.

Are you thinking of the topics Mackenzie Mckee will be writing on in her new book? Well, for someone who has been part of the world of reality TV shows since 2018, there has to be a pile to cover.

To start with, the unfortunate death of her mother, Angie Douthit in December of 2019 after succumbing to cancer. Her mother battled against the disease with the mindset of a heroine for many years before her death. Through it all, Mckee put up a brave face in public. To date, it is plain to see that she is still grappling with the death of her mother.

What even makes it more difficult for Mckee is her struggling marriage. It is no secret that she is married to a husband who enjoys playing around with other women. However, she has not divorced him yet. Mackenzie McKee decided not to part ways with her husband, the father of their three kids despite a public scandal, a decision she stands firmly on regardless of the criticism she faces every other day.

Teen Mom  News – The Main Theme Of The Book

The summary of her memoirs book by Amazon highlights the real recount of a determined young woman who turned all the travails she faced in her life into a stepping stone to success.

The memoirs book, titled “Straightening My Crown: Conquering My Royal Mistakes” makes for good reading. The book covers Mckee’s life from the time on the show, 16 and pregnant, to her time on season three of Teen Mom and Teen Mom OG. Furthermore, the challenges she faced during childbirth, her Type 1 diabetic condition, and the death of her mother will also be talked about.

Apart from explaining the true tale of what happens behind-the-scenes, Mckee is to drop a secret about a childhood experience that shaped her personality over the years. In other words, the feeling of being an outcast within her family has helped her in “straightening her crown”.

The Bachelorette Season 16 Spoilers and Rumors: Did Clare Crawley Just Get The Boot From Producers? #TheBachelorettehttps://t.co/yFcFs0HEUx

Her book is to be published by the same company that released all the Teen Mom books, Post Hill Press.

With her soon-to-be-released memoirs book, Mackenzie Mckee joins a list of other cast members of the Teen Mom show to write a book. Well, we are yet to hear anything from other cast members like Briana DeJesus, Chelsea Houka, and Cheyenne Floyd.

Mackenzie McKee’s new book is something Teen Mom fans can look forward to.  Will you be reading it?