The Young And The Restless (Y&R) Spoilers: Lily’s Instinct Is Right – Victoria Wants Billy Back 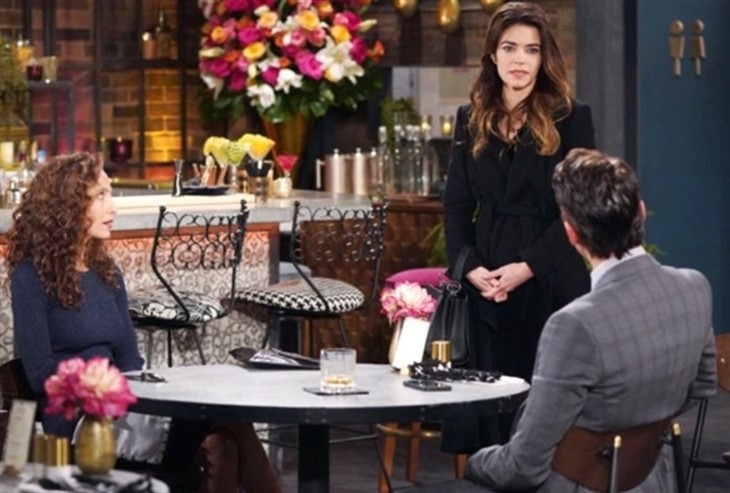 The Young and the Restless (Y&R) spoilers document that is right to be concerned. The emergence of a triangle becomes possible when she learns that Victoria Newman (Amelia Heinle) openly expressed her feelings to Billy Abbott (Jason Thompson).

Victoria’s unexpected comment during the Cyaxares pitch event surprised Billy. He followed up later at Newman Towers. That’s the location where Victoria dropped the emotional boom. Her use of the powerful word love forces Billy to react and then to process how that knowledge might affect Lily.

The Young And The Restless Spoilers – Villy Appeared To Be Over

Some couples are forever, even if they aren’t married or together. Billy and Victoria are clearly one of those pairings.

The love Villy projected didn’t prevent any of their breakups or divorces. Instead, it was compartmentalized by both parties. However, the depth of Victoria and Billy’s feelings for each other created numerous reconciliations.

As a twist, Y&R’s writing staff had Billy voluntarily end the latest version of Villy. He first explored chemistry with Amanda Sinclair (Mishael Morgan), which seemed like a potential match. But that didn’t go anywhere and was followed by Billy and Lilly falling in love with each other.

Victoria has a strategy that’s borrowed from her business savvy. She’s using a strategy by targeting her objective, in this case, Billy, while also attempting to weaken her opponent, Lily, through psychological warfare.

Billy and Lily noticed the increasing frequency of Victoria’s appearances. Time with Villy’s children was one of the fronted explanations. Now, Victoria is claiming that her bid for Cyaxares was made, in part, to protect Billy from her father and brother.

Thompson’s character took offense to Victoria’s need to look out for him, thinking that meant she thought he would screw up. Instead, Heinle’s character blurted out that she loved him.

Victoria’s statement can be played off as the admission of a general feeling, rather than a current pursuit. But Billy will be thrown off no matter how he chooses to interpret what was said.

The Young And The Restless (Y&R) Spoilers: Does Ashland Know About Tara And Kyle? GC Meetings Part Of Larger Plan https://t.co/CnxDBW7VRH pic.twitter.com/7h2PvdOpRT

Billy’s upfront approach with Lily comes with a catch in this instance. Her knowledge of Victoria’s feelings will naturally create a defensive response.

Lily represents a fresh path. But Victoria represents what Billy knows and has wanted in the past. It’s clear that all involved will need to decide what comes next.