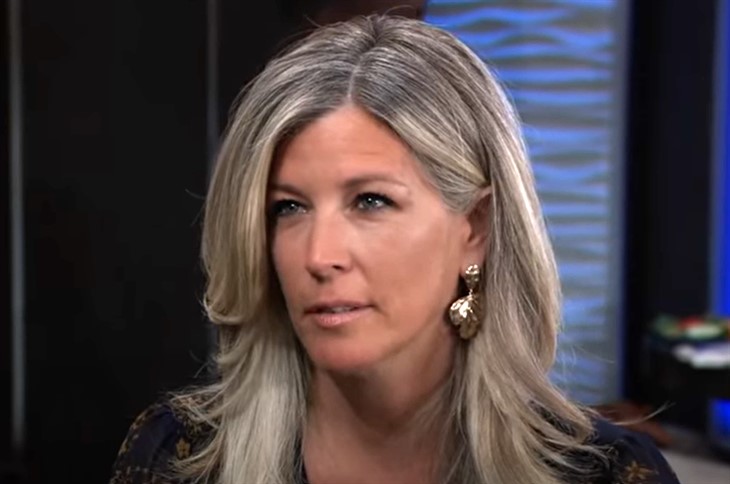 General Hospital (GH) spoilers and updates suggest GH spoilers say that Peter August (Wes Ramsey) will befriend Cyrus shortly. Peter knows that Jason Morgan (Steve Burton) is coming after him and Cyrus wants Jason gone. Peter believes that Cyrus can get rid of Jason and he will be safe to lead his life. Will Peter get his wish?

General Hospital’s Cyrus may think he has the upper hand because he believes Jason kidnapped his mother. However, Cyrus has no idea that Carly is behind his mother’s kidnapping. Cyrus may offer to help get Jason released if Jason lets him have Florence Gray (Annie Abbott) which Jason would refuse. However, Carly is not sensible and is a very emotional thinker. Carly would strike a deal with Cyrus if she thought it would help Jason. However, Carly could also get in over her head.

General Hospital’s Carly could threaten to harm Florence if Cyrus steps out of line. Of course, this could cause Cyrus to retaliate as well. Cyrus could decide it is time for a strike to show he’s in control. Would Carly have someone to murder an old woman to keep her son in line? Carly needs to realize that her mother is with Florence and Cyrus wouldn’t hesitate to kill a woman, his own sister almost got killed in his attack on the Corinthos family the first time. Could Laura be forced to come between the two of them to keep things under control?

General Hospital Spoilers – Will Florence Be Forced To Stop Her Son?

General Hospital’s Florence is very fond of Jason as well as Bobbie Spencer (Jackie Zeman). Jackie reads romance novels to Florence while she lies in bed and she loves Jason’s blue eyes. If Florence hears that Cyrus is trying to get his hands on her she could contact the law herself. It is doubtful that Florence would ask Laura to help however, she doesn’t trust Cyrus at all. Could Florence make it known that she doesn’t want to leave with Cyrus? Perhaps Florence prefers to be where Jason and Bobbie are taking care of her.

Whatever General Hospital’s Carly does, she’s going to have to do some heavy explaining to do when she speaks to Jason. Will Carly make things worse instead of better?