The Bold And The Beautiful (DOOL) Spoilers: Hope Demands Answers, Why Did Liam Cheat At The First Sign Of Trouble? 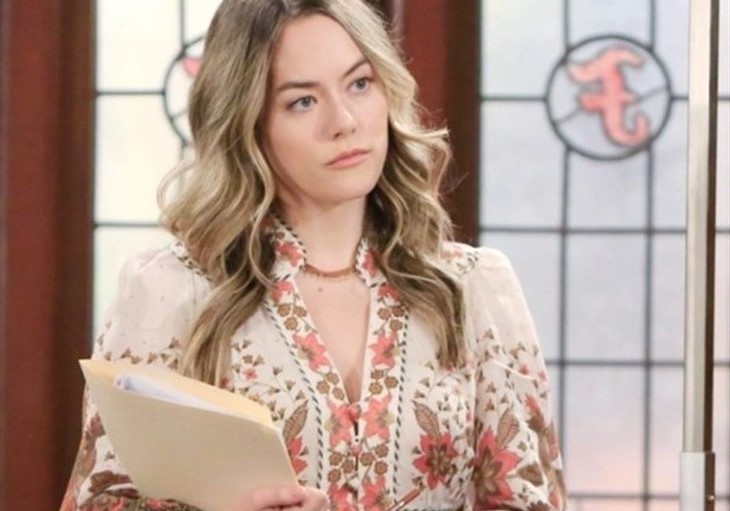 The Bold And The Beautiful (B&B) spoilers indicate that in Los Angeles Hope Spencer (Annika Noelle) will have some tough questions for Liam Spencer (Scott Clifton). Hope is about to tell Liam that the baby Steffy Forrester (Jacqueline MacInnes Wood) is carrying is not his. However, it doesn’t seem like the baby is the whole problem. Liam has never explained why he has so much distrust in Hope and their marriage. What will Liam tell Hope when the questions get tough?

The Bold and The Beautiful’s Liam could have trusted in his wife and his marriage. However, Liam was so jealous of Thomas Forrester (Matthew Atkinson) that he immediately jumped into bed with another woman when he thought he saw Hope and Thomas kissing. Liam could have gone into Thomas’s apartment to see if Hope was really there. Liam could have gone home and found his wife there waiting for him. Instead, Liam wanted to believe the worst because of his jealousy issues and that is what he did.

B&B Spoilers – Liam Spencer Could Have Gone To A Motel

If The Bold and The Beautiful’s Liam didn’t want to go home to his bed and his family, he could have gone to a motel. Liam should have known it was a bad idea to go to Steffy’s house when he was upset. Liam should have known where drinking with Steffy could lead. However, instead of doing the sensible thing, Liam had to screw up by sleeping with Steffy. Where is the trust he should have in his marriage? Where is the trust in his wife? Can Liam promise Hope, in good faith, that this will not happen again?

The Bold And The Beautiful Spoilers – Can Hope Spencer Truth Liam Spencer?

The Bold and the Beautiful’s Liam has already proven that his first instinct is to seek comfort from another woman when he is upset with his wife. However, if Hope and Liam’s marriage is going to have a chance of survival, this is going to have to stop. Hope has never given Liam a reason to cheat on her. Hope has tried to be understanding of the past and be a good stepmother to Liam’s child with Steffy. However, taking that chance of making another child with another woman is unacceptable. Has Liam learned anything from almost losing his wife and family?

The Bold And The Beautiful Spoilers: Annika Noelle Hints Hope’s Decision, ‘A Betrayal Is Still A Betrayal’ #BB #BoldandBeautifulhttps://t.co/2NGqrMGQqG

Liam’s instincts to turn to someone else other than to face his problems could end his marriage. Liam needs to get his priorities straight for his wife and child. Hope may forgive Liam, this time, however, it is unlikely that she could forgive him again.