The Young And The Restless (Y&R) Spoilers: Lauralee Bell Has Two Lifetime Movies Coming Up 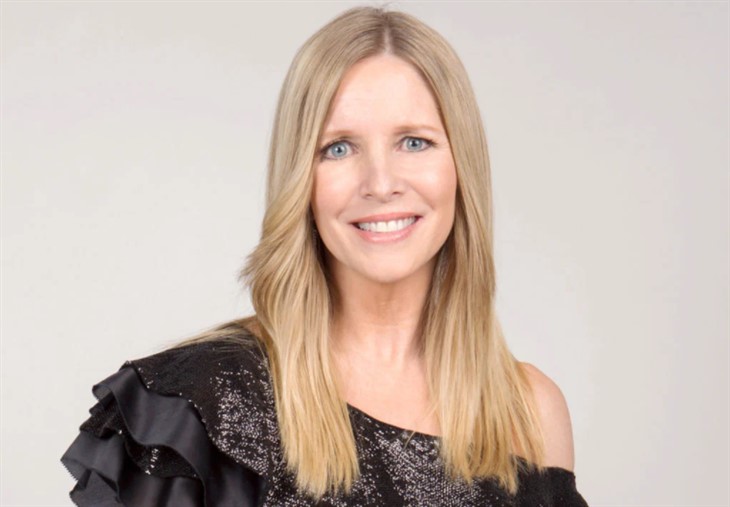 The Young and the Restless (Y&R) star Lauralee Bell (Christine Blair) is showing off a side of her that we haven’t seen before in not one, but several new Lifetime movies that she is starring in. In other words, this talented actress has been keeping very busy! Here’s what she has to say.

Speaking to Soap Opera Digest in a new interview, Lauralee opens up about her upcoming Lifetime Movies, which include Nightmare Tenant, Mistress Hunter, and Past Sins. She tells the publication, “Jason Wood, who has done casting for a lot of Lifetime projects, had helped me out when we did our web series, Family Dinner, years ago, and we were always mulling in our group chats, ‘What are we doing to do next?’ He asked if I would be interested in doing this project because it’s not the lead, but a great character part.”

When asked whether or not she would accept right away, Lauralee said that the moment she saw the script, she was sold. It didn’t take very long for her to hop on a plane to fly to Vancouver to begin filming. But of course, it wasn’t easy for her.

Lauralee continued, “First of all, I am not a good flyer and I had to take a propeller plane from Seattle to Victoria and it was a very rainy and windy day. We landed, thank God, and I had two hours until the first table read and I hadn’t met anyone yet. Table reads are scary for me because this is the first time you are meeting everyone, so the first line I say, I want them to know that I am in my character.”

The Young and the Restless (Y&R) Spoilers: Rey Rosales in on Chelsea’s Devious Scam?https://t.co/jTBGhnJHw8

With that said, it’s without a doubt that daytime television fans can’t wait to see Lauralee in her multiple projects and of course, in upcoming episodes of The Young and the Restless, too. We will definitely update you with all of the latest details about her work as they come in!