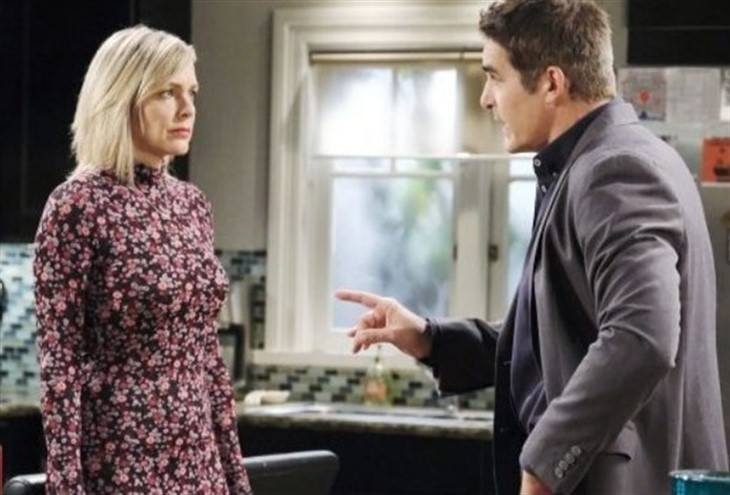 DOOL spoilers reveal that nearly everyone in Salem wanted Charlie in prison. So, nobody is sad about his death. In fact, it’s probably a relief for most of them. However, it is Rafe’s job to investigate every crime, whether the person was a saint or a villain. So, he has to find out who murdered Charlie and have them face the judge. Head writer Ron Carlivati told Soap Opera Digest that this storyline will last two to three months. During that time frame, there will be many suspects.

Days Of Our Lives (DOOL) Spoilers: Abigail Tries To Pull Gabi Into Her Schemes Again, Will Gabi Help Her?

During the week of March 22, Nicole will play detective. She will try to figure out who really killed Charlie. She most likely does this not because she’s a nosy person (even though she really is), but to help Allie. With Kate Roberts DiMera’s (Lauren Koslow) gun being confirmed as the murder weapon, who took it? Allie took it before, so naturally, everyone will think she did it again. Especially since out of everyone, she had the most reason to want Charlie dead.

Days of Our Lives spoilers reveal that Allie comes under Rafe’s radar not just because of the gun. She is acting guilty and multiple people are starting to notice. Lucas Horton (Bryan Datillo) and Claire Brady (Isabel Durant) are a few. Over the next few weeks, more people will start to wonder if Allie is guilty, including Rafe.

It is teased that Nicole starts to become suspicious of Ava. She never bonded with Charlie or even liked him, despite that being her son. So, she doesn’t feel the grief that a mother typically would over her son’s death. She nearly confessed something to Tripp Dalton (Lucas Adams) during a recent episode. However, Gabi Hernandez (Camila Banus) interrupted them. They got into a bickering war and Ava never did tell Tripp what was so important. Could Nicole actually be right? Is Ava guilty or was her confession about something entirely different?

Who do you think murdered Charlie Dale? Why is Allie Horton acting so guilty around everyone? Could Ava Vitali actually be guilty or was her near-confession about something else? We will have to keep watching the NBC soap to find out what happens with this storyline.