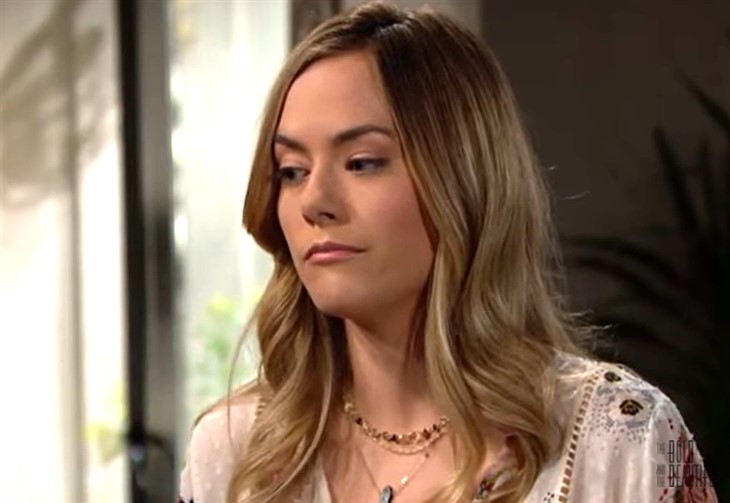 The Bold and the Beautiful (B&B) spoilers reveal that Liam Spencer (Scott Clifton) threatened to kill Vinny Walker (Joe LoCicero). When he said those words, Hope Logan (Annika Noelle) had a funny look on her face. In the event that Vinny ends up dead, Hope could tell the police about her husband’s threat. Liam could end up accused of murder, even if he had nothing to do with it.

The Bold And The Beautiful Spoilers – Liam Spencer’s Killer Threat

B&B spoilers reveal that on Wednesday’s episode, Liam was furious to find out the paternity test had been tampered with. After getting over the initial shock and disbelief, he reacted with rage. He said out loud that he was going to kill Vinny. Anyone in his position would probably feel and say the same thing. However, the suspenseful music in the background, as well as Hope’s reaction indicates it could happen.

The Bold And The Beautiful (DOOL) Spoilers: Hope Demands Answers, Why Did Liam Cheat At The First Sign Of Trouble?

It is speculated that there could be a murder investigation coming up. Detective Alex Sanchez (Jeremy Ray Valdez) and Lieutenant Bradley Baker (Dan Martin) were reportedly on set recently. What could bring both of them to the soap besides something as serious as murder?

Going a step further, there is speculation that Vinny could be the character who is killed off. His only link to the soap was being Thomas’s best friend. Now that the two seem to be on the outs, there is no reason for Vinny to remain on the cast. Plus, there is no news of any other cast members leaving.

The Bold And The Beautiful Spoilers – Hope Logan Rats Out Husband

The Bold and the Beautiful spoilers reveal that if there is a murder investigation, Hope could be questioned. After all, once detectives find out that Vinny switched the paternity test results, they will talk to all connected to it. This includes Hope and she just might end up telling detectives that Liam threatened to kill Vinny. It won’t be for a malicious reason. She will probably truly wonder if Liam did what he threatened to do.

The Bold and the Beautiful (B&B) Spoilers: Did Vinny Mean Well? Helped Thomas But Everyone Else #bb #boldandbeautifulhttps://t.co/kdxoVqCnON

It is teased that Liam has to be punished for everything he has put Hope and Steffy Forrester (Jacqueline MacInnes Wood). He could face bigger consequences than just losing Hope and being banned from Steffy’s bed forever. He might have to prove that he isn’t guilty of murder.

Now, wouldn’t be an interesting turn of events if Thomas was the one to help prove Liam’s innocence? That just might simmer Liam down and stop his non-stop tirade. However, Brooke Logan Forrester (Katherine Kelly Lang) is another story. We don’t ever see her changing her mind about Thomas, even if saved the entire world.