The Young And The Restless (Y&R) Spoilers: Tracey E. Bregman Has Something To Celebrate 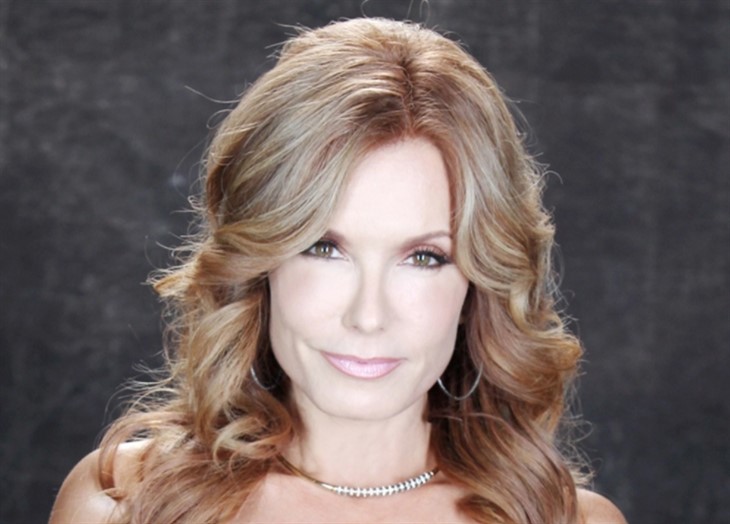 The Young and the Restless (Y&R) spoilers reveal that Tracey E. Bregman (Lauren Fenmore) has just posted the most touching and wonderful birthday message to her firstborn child, aka her “baby,” Austin Recht.

The Young And The Restless Spoilers – Tracey E. Bregman Is A Proud Mom

She posted a series of ten pics to her Insta with the caption: “Happy Birthday to my first baby @austinrecht . I have loved being your mom every second. You are such an extraordinary man, business partner, boyfriend to our beloved @tone_ya , brother to your amazing siblings, loving grandson and Rock, best friend and incredible son to me. May this year be filled with everything that makes you happy and healthy. I love you so much Forever and a day, Always, Mom.”

The Young And The Restless (Y&R) Spoilers: Lily’s Instinct Is Right – Victoria Wants Billy Back

She shared an amazing assortment of photos of Austin through the years. There is one of him as an adult with a cute puppy, shots of him as a newborn, child and adult with his very proud mom, and him with his girlfriend Antonia.

It is a delightful reminder that Mother’s Day is just around the corner!

On Y&R Bregman has played the complex character Lauren Fenmore for decades. Currently Lauren is married to Michael Baldwin (Christian LeBlanc) although fans do not to get see nearly enough of either character in Genoa City, Wisconsin.

The Young And The Restless (Y&R) Spoilers: Sally Risks Jack Relationship – Gets Too Close to Kyle’s Ashland Problems https://t.co/RknltmJjwX pic.twitter.com/5CIThAI1rH

That could all change now that there is a new power player in town. Ashton Locke (Richard Burgi) has taken the town by storm with his business wheeling and dealing, having met up with the best and brightest moguls including Victor Newman (Eric Braeden), Victoria Newman (Amelia Heinle), and Billy Abbott (Jason Thompson).

Lauren is a business genius in her own right and for now, she is dealing with the likes of Sally Spectra (Courtney Hope) who is small potatoes in comparison to Locke. It would be great fun to have Ashton and Lauren interact, and maybe even spice things up a bit if you know what we mean!

It has been far too long since Lauren had a meaty storyline and now is as good a time as any for her to get started living her best second act in what has already been a tremendous life.