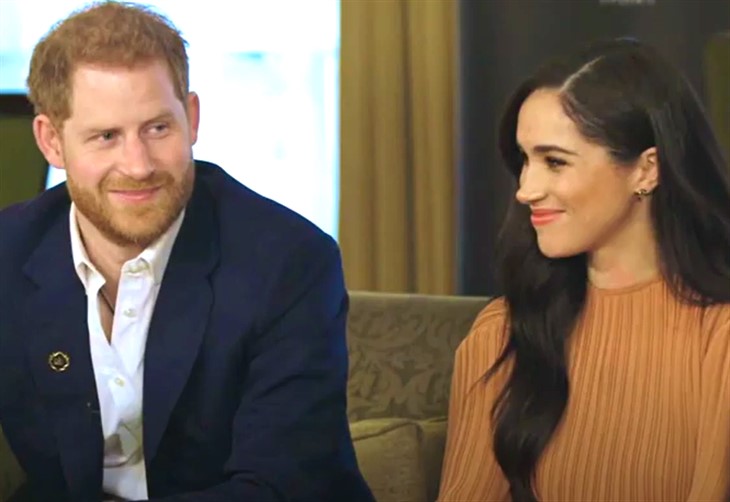 British royal family news shows that Meghan Markle, Duchess of Sussex and Prince Harry have taken a huge step forward into their new lives by replacing their old monogram on their stationery, and in its place inserted their very own logo. Change is hard, maybe that’s why it took them more than a year to do right by the royal family insignia-wise?

The Duke and Duchess of Sussex have dropped the Sussex Royal logo and are using their Archewell logo, at least on some stationary. Even after dropping their royal roles, they continued to use their official logo which is the initials H and M with a crown on top. The change was recently noted including in a letter from Meghan to a London school for International Women’s Day.

The letter surfaced last week and was sent from Meghan to the students of the Robert Clack Upper School. The group shared the note on Twitter and in part, it read: “This International Women’s Day, in collaboration with the work of our non-profit organization, Archewell Foundation, we are encouraging everybody to participate in real acts of compassion for the women in their lives and their community.”

Why make the change now? Why not? After all, they have had a year to get used to being commoners, but seemingly it is a tough pill to swallow.

This month the queen made the change they initiated official by issuing the statement that they were no longer working royals and noted as such that they could not continue with, “the responsibilities and duties that come with a life of public service.”

Last week they tattled on the fam to Oprah Winfrey and ever since then have been dropping little grenades after the huge bombshells they lobbed on tv.

The couple’s royal monogram was revealed after their wedding in July 2018 and they continued to use it even after abandoning royal duty.

The Duke and Duchess recently updated their website and wrote: “Welcome to Archewell. Through our non-profit work, as well as creative activations, we drive systemic cultural change across all communities, one act of compassion at a time.”