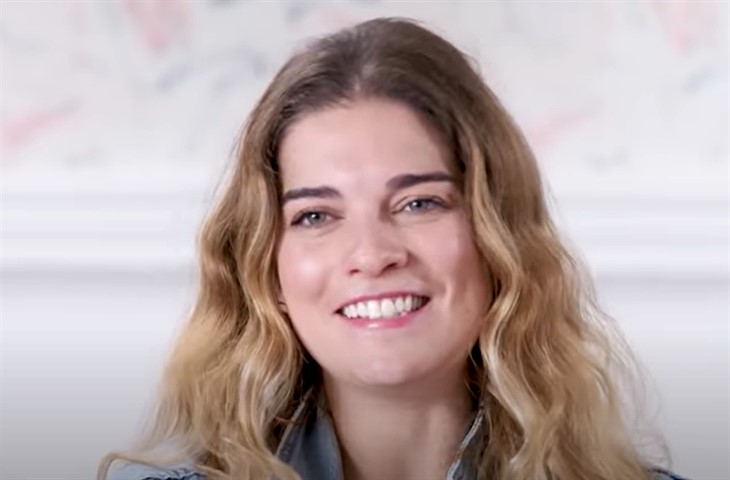 Things are falling into place for star actress Anne Murphy as she is set for a role in Russian Doll’s Season 2. Having bagged an Emmy Award for her impressive performance in a Canadian comedy show Schitt’s Creek, the 34-year-old Canadian star has added to her list of landmark achievements as she will be showcasing her talents in the upcoming TV series showing on Netflix.

While announcing the latest development through their Twitter account, highly-rated streaming platform Netflix disclosed that the actress would be the latest cast in the upcoming season. According to the streamer, Murphy is extremely happy with the latest development, and she looks forward to being a part of the production crew. The streamer further disclosed their readiness to air the upcoming season as soon as the production is complete.

In this same vein, TV Line reported that the news of her casting first sufficed on social media a few days after the start of the production, meaning she already knew she would be playing a role on the next season of the very classic show. Despite the latest revelation, Murphy’s character remains unknown to the public as it wasn’t disclosed by the production crew, Netflix, or the actress herself.

Since debuting on Netflix two years ago, Russian Doll’s first season has been one of the world’s most-watched comedy series. Thanks to humorous scenes, experience actors, and impressive plots, the series was nominated in different 13 Emmy Award categories, including the Outstanding Comedy Series. Lead actress Lyonne equally made the list of “outstanding Lead Actresses in a Comedy Series” for her performance.

Acting as Alexis Rose in the six-season show, Murphy undoubtedly gave all she’s got towards ensuring that she didn’t disappoint her fans. The Canadian actress shone like a million stars, thereby becoming one of the world’s most valuable actresses throughout the series’s duration, which extends from 2015 until 2020.

Casting her mind back to 2015, Murphy revealed that featuring in Schitt’s Creek was the turning point of her life and career. She admitted that landing a role in the lovely series was timely and “life-changing” because she “hadn’t worked in about two years” after her “apartment in Toronto burned down and I had very little money in the bank.”

Just as she said, featuring in the Schitt’s Creek was a turning point for the actress and careers as she was subsequently nominated for Golden Globe, Screen Actors Guild, and Critics’ Choice awards.

Since playing Alex Rose’s role in the well-watched series, Murphy has gone on to appear in first-class movies, including The Plateaus and Dark Comedy. It won’t be out of place to suggest that the decision to integrate Murphy in Russian Doll’s forthcoming season could be traced to the successful and brainstorming act she displayed in Schitt’s Creek.

While we wait for the Russian Doll Season 2 premiere date, fans should expect Murphy in AMC’s comedy “Kevin Can F**k Himself” where she acts Allison’s role. She is a sitcom wife with a burning desire to revenge on her dopey and critical husband. Kevin McRoberts, Mary Hollis Inboden, and Alex Bonifer are some of the established stars expected to feature in the TV series tipped to debut on AMC later this year.