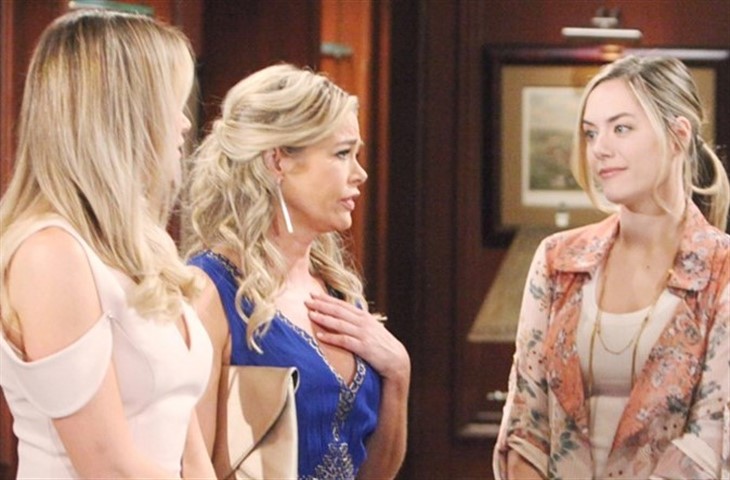 The Bold and the Beautiful (B&B) spoilers reveal that in Los Angles Flo Fulton (Katrina Bowden) is simply overjoyed with her life right now. She has finally gotten forgiveness from the Logan sisters, although we doubt all of them are genuine. Flo reaches out to Hope Logan (Annika Noelle). However, Hope unleashes her rage at the woman who destroyed her first year of motherhood.

The Bold And The Beautiful Spoilers – Logan Sisters Forgive

B&B spoilers reveal that Flo kept talking about wishing she could get another chance with the Logan sisters. Wyatt Spencer (Darin Brooks) ended up making a plea to Katie Logan (Heather Tom). He asked her to try and convince Brooke Logan Forrester (Katherine Kelly Lang) and Donna Logan (Jennifer Gareise) to forgive Flo. Katie didn’t think she would be able to help but somehow she succeeded. While Donna seems willing to give Flo a chance, Brooke was just ganged upon. She doesn’t forgive Flo and is really just doing this because Katie asked her to and wouldn’t give up.

During the week of March 22, Flo will reach out to Hope. There is a possibility that she wants to comfort Hope as she goes through her marriage falling apart. However, her true agenda is probably to get Hope’s forgiveness. Despite everyone going on about Hope’s incredible capacity to forgive, the young woman is putting her foot down. She’s not immediately taking back Liam Spencer (Scott Clifton). She won’t be eager to give Flo her forgiveness, either.

The Bold And The Beautiful Spoilers – Hope Logan Unleashes Fury

The Bold and the Beautiful spoilers reveal that Hope will unleash her fury on Flo. Nobody can blame Hope. Even those who are not a fan of the character have to admit that the “PhoeBeth” storyline was too much. For an entire year, Hope believed her baby was dead. She learned that the baby was alive and being raised by Steffy Forrester (Jacqueline MacInnes Wood). However, she also found out about Flo’s part in the scheme. Losing a child isn’t something anyone should go through. Hope had to endure that agony for an entire year and all that pain could have been prevented.

Even though Hope can be a forgiving person, everyone has their limits. Each person has lines that should not be crossed. It seems that both Liam and Flo have crossed those and there might be no fixing that. At some point, Liam and Hope might be able to get their marriage back on track, but it’s not going to be right now. As for Flo, we have a hard time believing that she will ever be forgiven for the anguish she put Hope through.