The Bold And The Beautiful (B&B) Spoilers: Paris Joins Forces With Ridge To Protect Carter From Zoe 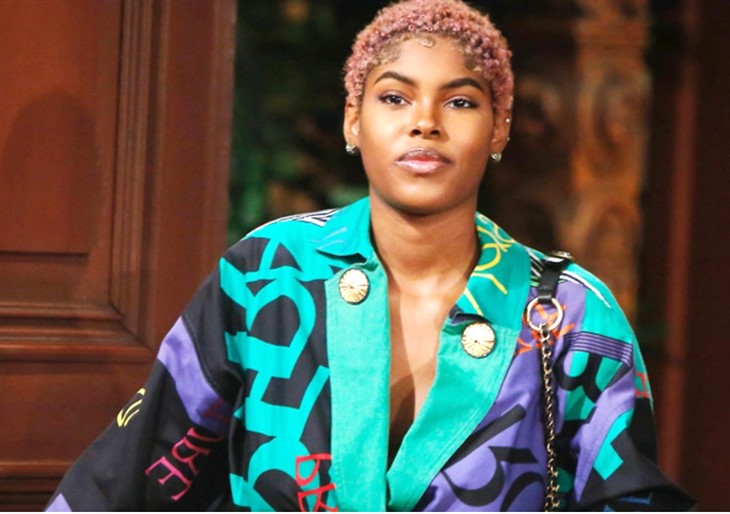 The Bold And The Beautiful (B&B) spoilers indicate that Ridge Forrester (Thorsten Kaye) will increase his efforts to protect his friend, Carter Walton (Lawrence Saint-Victor). Zoe Buckingham (Kiara Barnes) has been working endlessly to try to get Carter to take her back after she made a play for Zende Forrester (Delon De Metz). Zoe has blamed her sister Paris Buckingham (Diamond White) for losing Carter ever since. Can Ridge and Paris protect Carter from Zoe?

The Bold and the Beautiful’s Zoe has bent over backward to try to convince Carter that she wants to be with him. However, Carter knows that Zoe was never truly in love with him. When Zoe accepted Carter’s proposal she had sent a message to another man hoping to meet up. Had Ridge not overheard Zoe coming onto Zende, Carter would know nothing about Zoe’s actions. However, Zoe refuses to take responsibility for her actions. Can Zoe ever stick with just one man?

The Bold And The Beautiful’s Paris has revealed how Zoe tries to run her life no matter where they are. Paris came to Los Angeles to visit her sister. Zoe has tried to get rid of Paris ever since she came to town. Zoe has pushed Paris to the point of leaving when Ridge offered her a job with the Forrester Foundation. However, Zoe turned the job down because Zoe wanted her to leave. Zende wasn’t about to let Paris leave town because he has feelings for her and wants to explore them. Unfortunately, Zoe is unhappy about Zende and Paris because she wanted him for herself. Zoe blames Paris for Ridge finding her with Zende and wants her gone even more. Paris knows her sister’s past and realizes she is only going to hurt Carter. Can Paris help Ridge to keep Zoe away from Carter?

The Bold And The Beautiful Spoilers: Will Brooke Send Thomas Back To The Dark Side? #bb #BoldandBeautiful

The Bold And The Beautiful Spoilers – Carter Walton Deserves Better

The Bold and The Beautiful’s Carter is a good man and would not think of cheating on his lady. However, Carter deserves to have a woman that isn’t hung up on another man. Zoe is never satisfied in a relationship and isn’t willing to settle down. Zoe isn’t ready to be the wife that Carter wants. Will Carter see-through Zoe’s actions and turn down her advances? Does Carter see that Zoe isn’t the right woman for him?

The Bold and The Beautiful’s Paris wants nothing more than to be a good friend to Carter. Can Paris convince Carter that Zoe hasn’t changed?