The Young And The Restless (Y&R) Spoilers: Adam Furious, Accuses Chloe Of Setting Him Up 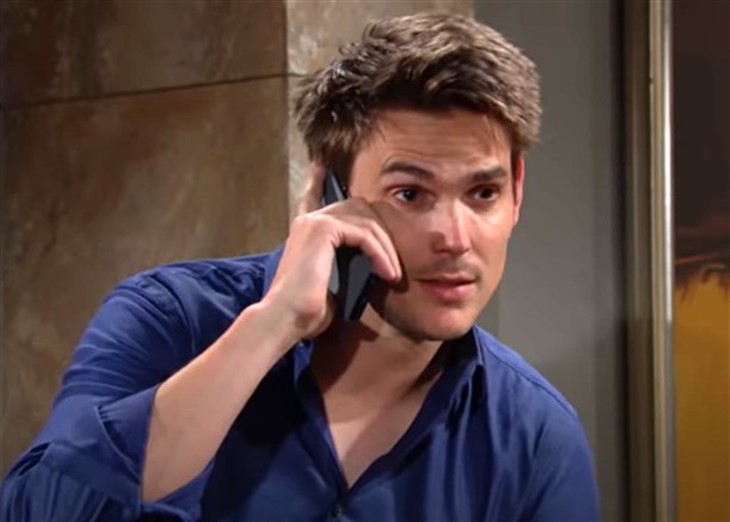 Viewers of The Young and The Restless will remember that mysterious things have been happening at the Rosales house lately! Sharon Newman Rosales’ (Sharon Case) knickknack and an ashtray went missing, both of them having been meaningful mementos of her past marriage to Adam! Chloe has visited Chelsea Lawson (Melissa Claire Egan) several times at Adam’s penthouse, and she has been helping her with her revenge against and escape plans. But it wouldn’t really be effective revenge to frame Adam for stealing knickknacks that were from him to Sharon, to begin with.

But there have been much more serious goings-on than just a couple of knickknacks stolen; Rey Rosales (Jordi Vilasuso) has been suffering mysterious symptoms that have knocked him off his feet. Adam has no earthly idea that Chelsea has improved to the point that she has, in fact, she’s nearly back to normal. When Sharon’s knickknacks are eventually found in Adam’s penthouse and he is accused of poisoning Rey to get Sharon back, Adam will accuse Chloe of setting him up! However, it is incredible to think that Rey’s poisoning could have anything to do with Chelsea or Chloe – but Adam is the convenient person for people to point fingers at. No matter what happens that is illegal, immoral, or sometimes even fattening, someone is going to blame Adam Newman! Long-time viewers will admit, Adam has gotten himself into quite a few scrapes in the past.

Y&R Spoilers – Who Is Really Responsible For The Strange Goings On?

Someone has to be sneaking in and out of the Rosales house, and Chloe may have stolen those knickknacks for Chelsea. But that’s a nuisance crime, and it seems more childish than calculated. There was that bag of mysterious contents that Chelsea had told Chloe to keep for her, which undoubtedly were those knickknacks. Chelsea is threatened by Adam and Sharon having anything to do with each other, even just a casual friendship, but once she saw that viral photo of the two kissings in Society, she would never again believe that there wasn’t more going on!

The Young And The Restless Spoilers: Kyle And Summer Get Engaged, But Ashland’s Just Getting Started #yr #youngandrestlesshttps://t.co/Ra0nWLJWt6

Chelsea is desperate to ruin anything that Adam and Sharon could have with each other, and she is sneaky. Chelsea ran cons most of her life, her mother raised her running cons! Could Chelsea be so bent on revenge that she might be fooling even her best friend Chloe, and not being honest with her? Could she be the one sneaking in and out of Rey and Sharon’s house, stealing the knickknacks, and poisoning Rey, all to frame Adam and to get revenge on Sharon? If so, Chelsea needs a lot more than therapy to straighten her out, as she has become as evil as Adam is usually accused of! Chloe needs to do a judicial commitment on her friend before it’s too late!