Days Of Lives (DOOL) Spoilers: Nicole Grows Suspicious Of Ava, Beginning To See Through Her? 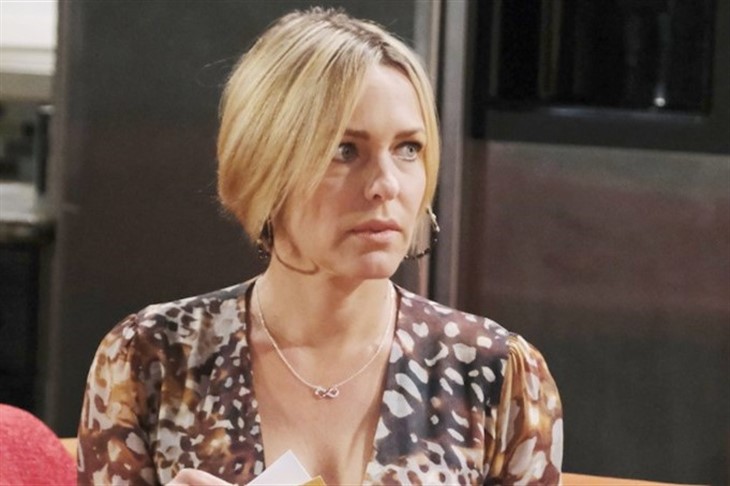 Days of Our Lives (DOOL) spoilers tease that Nicole Brady (Arianne Zucker) will grow suspicious of Ava Vitali, (Tamara Braun) in an upcoming episode of Days of Our Lives; is she beginning to see through her?

Days of Our Lives viewers will remember that Nicole was a friend of Ava’s, and talked Rafe Hernandez (Galen Gering) into letting her stay in his house. She was worried that her son, Charlie Dale (Mike C. Manning) would come after his mother to finish the job of killing her! Prior to his murder, he had knocked her out and tied her to a chair, where he held her hostage for at least two weeks. Charlie had drugged her too, and she spent several weeks in the hospital as well. But now, something apparently has changed between Nicole and Ava – Nicole starts becoming suspicious of her!

Days Of Our Lives (DOOL) Spoilers: Ben And Ciara To Face More Obstacles, Actor Hints ‘Cin’ Not Over Yet

Ava seems to be pretty honest for having been a Mafia princess – but is she hiding something or putting on a front? Is Nicole beginning to see through Ava’s façade, or is Ava acting like she is trying to hide something from Nicole? Or perhaps, Nicole is trying to come up with another suspect in Charlie’s murder besides Allie Horton (Lindsay Arnold). Allie was taken into custody when the gun taken into evidence was found to be Kate Roberts’ (Lauren Koslow) and Rafe remembered Allie had used it to threaten Tripp Dalton (Lucas Adams) and figured out that her mother, Sami DiMera (Alison Sweeney) was probably trying to cover up for her! After Allie, who has been living with Nicole is arrested, Nicole will remember something Ava said about Charlie.

Dool Spoilers – “I Brought Charlie Dale Into This World, Perhaps I Should Be The One To Take Him Out”

Right after Nicole and Rafe brought Ava to live in Rafe’s house, Nicole remembers Ava talking about Charlie. There have been plenty of people in Salem who have made threats against Charlie, but Ava told Nicole that since she brought Charlie into this world, perhaps she should be the one to take him out! Ava knew that Allie had used Kate’s gun to threaten Tripp because she was the one who wrestled it out of her hand! That could connect Ava to that gun. She also got “worried” when Charlie seemed to be missing and not heard from, and “worried out loud” that perhaps Charlie could have tried to commit suicide, and when the gun was found by the body, Rafe saw it by Charlie’s hand on the floor!

Days Of Our Lives Spoilers: Abigail Pushes Gabi For Help Again, Chad Commits Her To Bayview?https://t.co/Qp5Dx2SGST

The shot was close range into his heart – which could have been done by Charlie himself, although most people who shoot themselves do so through the mouth so it will go through their brain first and immediately kill them. But a heart shot takes someone’s life pretty quickly too, due to the amount of blood loss, and there was plenty of blood! Nicole doesn’t voice her suspicions to Ava – but she does to Rafe when they have a chance to talk alone. Could Ava have killed her own son, and stolen Kate’s gun to do it?