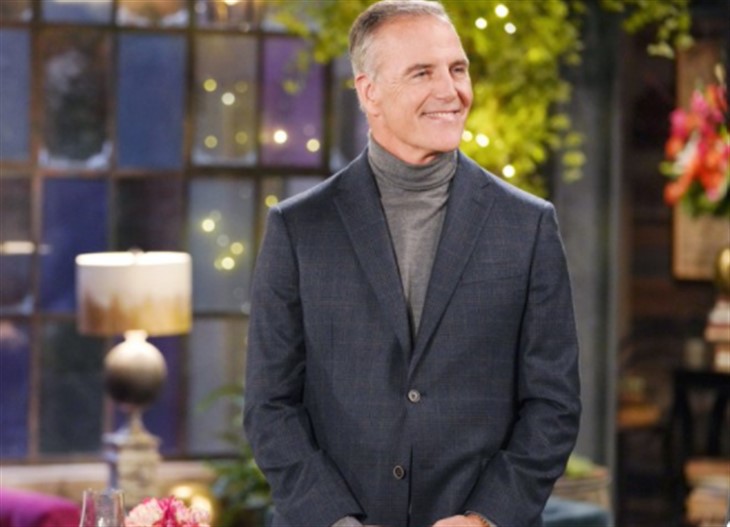 The Young and the Restless (Y&R) spoilers review summary reveals that the week of March 15-19 delivered some exciting developments and set up some upcoming shockers. Since the Friday, March 19 episode is preempted for NCAA March Madness basketball coverage, the week’s already wrapped up – and that means we can examine what went down and what it’ll mean for the characters moving forward.

First, let’s discuss Ashland Locke (Richard Burgi) and his winning pitch selection. Some viewers felt it was too predictable for Victor Newman (Eric Braeden) to come out on top since he always seems to. At the same time, this is THE Victor Newman we’re talking about. It’s tough to blame Ashland for going with Victor’s experience and Adam Newman’s (Mark Grossman) ambition.

There’s been a lot of talk about how ruthless Ashland is, so it’s not all that surprising that he picked the Newman men. Adam and Victor can be pretty ruthless themselves when they want to be, so Cyaxares will be in good hands.

The Young And The Restless Spoilers – Massive Win

That said, this “massive win” for Adam had to happen for the sake of his story, too. Things are going right for Adam so that it’ll be worse when his life tanks hard. Chelsea Lawson (Melissa Claire Egan) is hoping to set the stage for Adam’s ruin, so you know what they say. The bigger they are, the harder they fall!

Speaking of Chelsea’s scheming, it’s been fun to see this cold, conniving turn lately. Chelsea was kidnapped and drugged after she became a threat to Adam’s Newman Tower plans, but she still took him back! Many Y&R fans were tired of Chelsea being an inexplicably loyal pushover, so it’s good to see her taking charge.

That’s especially when Adam always seems to drift back in Sharon Rosales’ (Sharon Case) direction. As for Sharon, she seems to be growing closer to Rey Rosales (Jordi Vilasuso) again through her concern about his health. Could this be the wake-up call Sharon needs about her feelings for Rey? Will Rey’s health crisis save Sharon and Rey’s marriage?

Time will tell, but Rey and Sharon’s bond grew as she took care of him – and Sharon will be a devoted wife by hospitalized Rey’s bedside in the week ahead. Thanks to Chelsea, Sharon will end up blaming Adam for poisoning Rey before long.

Those texts Adam discovered will become crucial once he realizes Chelsea’s recovery isn’t as stagnant as he thought. This could be turning into The War of the Roses! Adam and Chelsea seem poised for a serious battle, so it’ll be interesting to see just how nasty things get down the road.

The Young And The Restless Spoilers – Kyle Abbott Worried

Kyle Abbott (Michael Mealor) has a good reason to be worried now that Ashland’s suspicions are on the rise. Although Kyle doesn’t think Ashland is onto him, it’s obvious that Ashland’s gathering info and will eventually strike. Ashland is a smart guy – and he can tell Tara Locke (Elizabeth Leiner) hasn’t been completely honest about her connection to Kyle.

The truth about Harrison Locke is a ticking time bomb, so it’s nice that Y&R let Kyle and Summer Newman (Hunter King) have some sweet couple scenes. Summer and Kyle happily got re-engaged, but they’d better soak up this bliss since it won’t last once Ashland seeks revenge.

Amanda Sinclair (Mishael Morgan) also took a stand and rightfully dumped Devon Hamilton (Bryton James) after he admitted to sleeping with Elena Dawson (Brytni Sarpy). Go, Amanda! Y&R likes to make it seem like Devon is such a good man, but is he really when he keeps cheating and messing with these women’s emotions? Devon needs to pick a lane and stick to it.

The Young and the Restless spoilers say Amanda will have some family issues to deal with during the week of March 22-26, so that should give her a distraction from her latest love saga. The week of March 15-19 laid the groundwork for some fantastic material moving forward, so we’ll pass along updates as more news emerges.