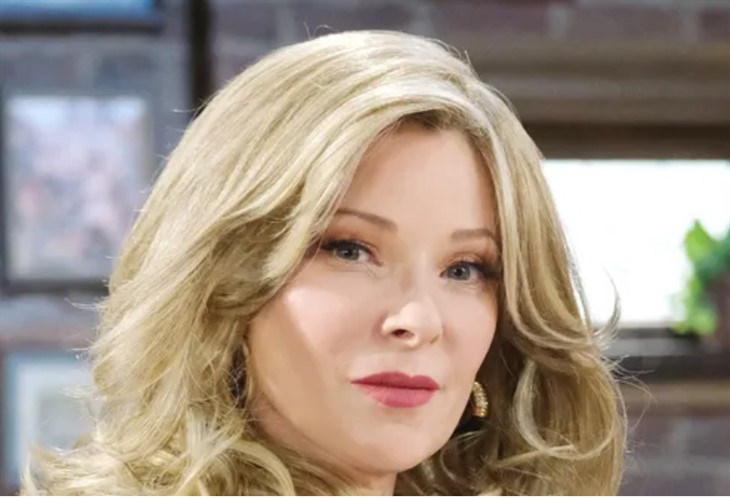 Days of Our Lives spoilers say that if there’s anything we’ve learned about Lauren Koslow (Kate Roberts) over the years, it’s not only that she’s incredibly beautiful and talented, but she’s also got some great style and might just be the most stylish woman in daytime television. That might be one of the reasons why Cady McClain (ex-Jennifer Horton) has gotten very close to her co-star. Here’s what she has to say.

Even though Cady’s stint on Days of Our Lives has come to an end, she says that she will still keep in touch with everyone from DOOL and mostly with her new good friend, Lauren. Cady said that Lauren is an inspiration in many different ways.

Despite the fact that she has been on DOOL for a very long time, Cady says that Lauren still finds different ways to express herself as a character, which she admires the most about her.

Days of Our Lives (DOOL) Spoilers: Abby Needs Gabi’s Help Again, What Is She Up To Now?

Cady puts it this way in the latest edition of Soap Opera Digest, “She’s created consistency and cohesiveness with the character while still kind of expresses herself as an artist. And more than one woman I know has said, ‘Oh my God I love her style. I love what she wears. I love her outfits and her hair and her nails and her whole presentation of self!’ I think there’s a lot of creativity there, and that’s Lauren, that’s what she brings to the table, and I admire that, I really do.”

It goes without saying that there are a lot of fans out there that would agree with every word that Cady has to say about her good friend Lauren. Now whether or not we will ever see these two ladies share some screen time in the future remains to be seen. Of course, DOOL fans will have to tune in each and every day to find out what happens next. Days of Our Lives airs weekdays on the NBC network. Check your local listings for times.