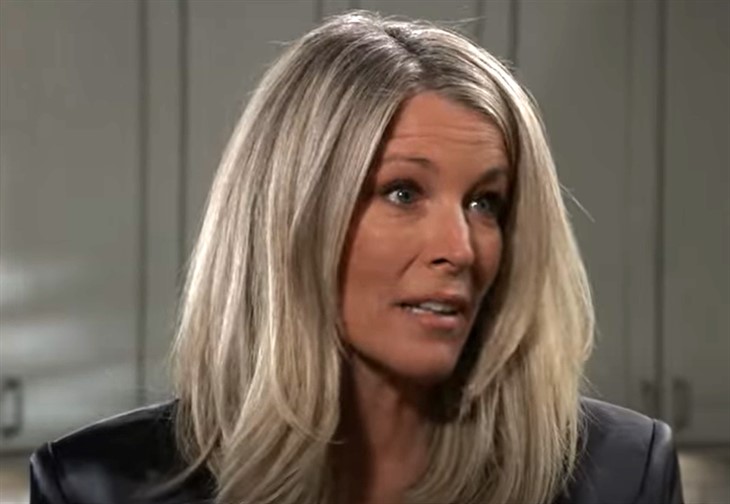 Carly has to get Jason out of jail, and with a surprise eyewitness popping up to point the finger at Jason for Franco’s murder, Carly needs someone who knows how to solve a crime! That would not be Police Commissioner Jordan Ashford (Briana Nicole Henry) as far as Carly is concerned! Detective Harrison Chase (Josh Swickard) cannot go rogue, Dante Falconeri (Dominic Zamprogna) is in the hospital, and Curtis Ashford (Donnell Turner) is out of the business. Jason himself suspects Peter August (Wes Ramsey) because Peter had the most reason to want Franco dead.

Franco was hearing Peter’s voice through Drew Cain’s (Billy Miller) memories, and some of those memories could incriminate Peter in past crimes that he thought he’d skated on! Jason is not far off in thinking Peter could have paid a witness off as well to incriminate him in Franco’s murder, although no one knows about Cyrus Renault’s (Jeff Kober) protection deal with Peter. It was obvious that Cyrus’ men saw everything go down and know that Peter was Franco’s killer.

Even so, Peter could have pled self-defense since Franco had clobbered him and tied him up in his art studio. But again, no witnesses who would testify to it, and Peter himself got rid of the chair and the bonds he had been tied in, and apparently Cyrus took his gun there in the cemetery where he had approached him and put it down that garbage chute! Peter must have had an unregistered gun. Jason has shared his suspicions with Carly, and she needs someone who can prove it.

Carly hasn’t really paid that much attention to Anna’s family ties, but then Carly tends to live in her own little mobbed-up world! She does remember that Anna was Police Commissioner before Jordan came to town and so she seeks her out to pass Jason’s information to. She finds that Anna already knows all about it, but she is more than happy to help! She knows that Franco was hearing Peter’s voice too because she saw it in the files that Dr. Kevin Collins (Jon Lindstrom) helped her procure.

That is where she and Valentin Cassadine (James Patrick Stuart) had seen that Liesl Obrecht (Kathleen Gati) had been treated by Dr. Warren Kirk (Jameson Jones) in addition to Franco and Dante Falconeri, (Dominic Zamprogna) who she and Valentin had been concerned about at the time.

General Hospital viewers will remember it was Anna who referred Dante to the WSB for treatment for his brainwashing and post-traumatic stress disorder symptoms. Anna is not all surprised that Peter would have killed Franco, after all, Franco’s potentially remembering Drew’s memories of Peter were a threat to him. Anna is more than happy to start investigating if Peter might have also framed Jason for Franco’s murder in addition to committing the crime himself!