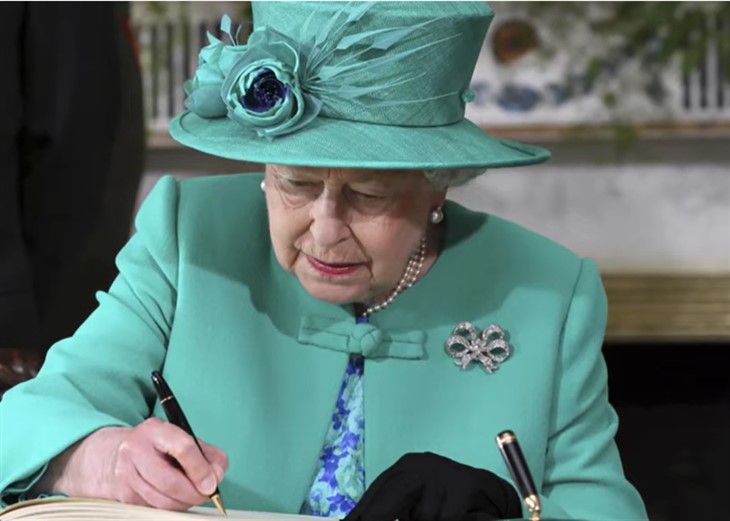 British royal family news reveals that for the second year in a row Her Majesty has canceled her Trooping the Colour birthday parade in London due to the ongoing Covid pandemic.

The annual event was set for June 12 to mark her official birthday. But after consulting with the government and other parties it has been confirmed that the parade is canceled.

Royal Family News – The Queen Has Cancelled An Important Parade

A Buckingham Palace spokesman issued this statement regarding the cancellation: “Following consultation with Government and other relevant parties it has been agreed that The Queen’s Official Birthday Parade, also known as Trooping the Colour, will not go ahead this year in its traditional form in central London.”

“Options for an alternative Parade, in the quadrangle at Windsor Castle, are being considered. The annual Garter service, usually held in June, will not take place this year.”

Royal Family News – The Pandemic Has Upended Many Plans

Last year, for the first time in 125 years, the ceremony took place at Windsor Castle where the queen sheltered in place with Prince Philip. Both are now isolating there again as the country endures its third COVID lockdown.

More than 1,700 troops and 400 musicians traditionally perform at London’s Horse Guards Parade in front of huge crowds, but last year, fewer than 100 Welsh Guards participated in the private parade which the queen seemed to immensely enjoy nonetheless.

It was previously reported that the Queen had invited Meghan Markle and Prince Harry to her 95th birthday celebrations and the cancellation has pundits weighing in with cheeky statements about the need to not have to see Harry this year, at least not at the parade.

Royal Family News – Will Prince Harry Ever Return To The UK?

Ex-BBC royal correspondent Peter Hunt also tweeted, “The ‘What to do with Prince Andrew problem’, sidestepped for the 2nd year.”

Andrew, Duke of York dropped his public duties in 2019 following a scandalous BBC interview about his association with the dead pedophile Jeffrey Epstein. Harry and Meghan Markle quit as working royals in March 2020 and gave a similarly disastrous interview on March 7 to Oprah Winfrey.

The tell-all interview saw the pair make explosive claims about the royals, including allegations of racism while chatty Harry exposed his rifts with his father Prince Charles and his brother Prince William.