The Bold And The Beautiful (B&B) Spoilers: Hope And Liam End Their Marriage – Major Life Changes Ahead 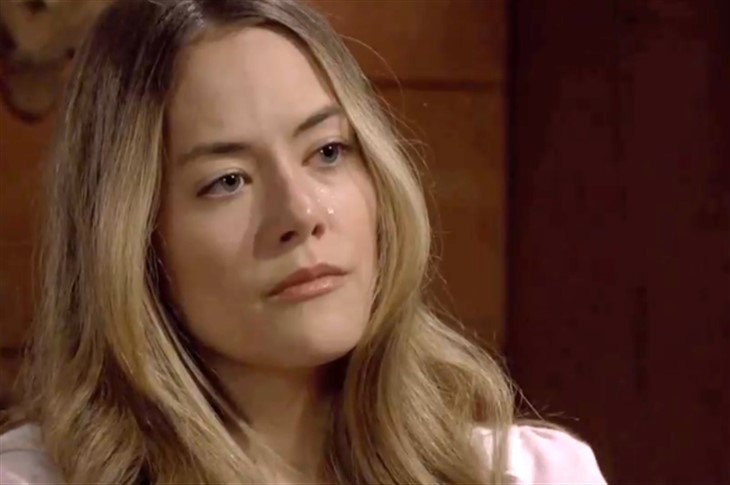 The Bold and the Beautiful (B&B) spoilers say that Hope Logan (Annika Noelle) is about to make a major change and it’s one that yes, everyone saw coming. In fact, the beautiful blonde will decide that it’s time to once and for all pull the plug on her marriage with Liam Spencer (Scott Clifton) as she simply can’t deal with his lies and betrayal anymore. Here’s what you need to know.

Following the news that it’s actually Dr. John Finnegan (Tanner Novlan) who is the father of Steffy Forrester’s (Jacqueline MacInnes Wood) baby and not Liam, Hope decides to make a major change. And while she’s incredibly happy to know that Liam is not the father of Steffy’s child, she still can’t shake off that feeling knowing that the two of them had slept together, which led them to his entire mess they are in today.

For Hope, she has no reason to take back a man who has cheated on her, and perhaps for the tenth time, too. Annika Noelle, who plays Hope Logan on the hit CBS soap, puts it this way, “Hope realizes that she needs some space. She needs to spend some time with her own thoughts without being influenced by Liam and his venting. I think it’s a smart move on Hope’s part to actually ask for physical space and see what a trial separation would be like for them, for their kids, and for their family.”

The Bold and the Beautiful spoilers say that this might be a new beginning for Hope. After all, Hope has never really had a chance to just love herself, which is something she needs in her life right now. Plus, she needs to be in a healthy relationship, not a toxic one.

Annika continued, “I’m happy to see Hope stand up for herself and not tolerate being with someone who apparently hasn’t learned their lesson. She’s not saying this is the end, but Hope really needs some space right now.”