To Learn About Brook Lynn’s Pregnancy 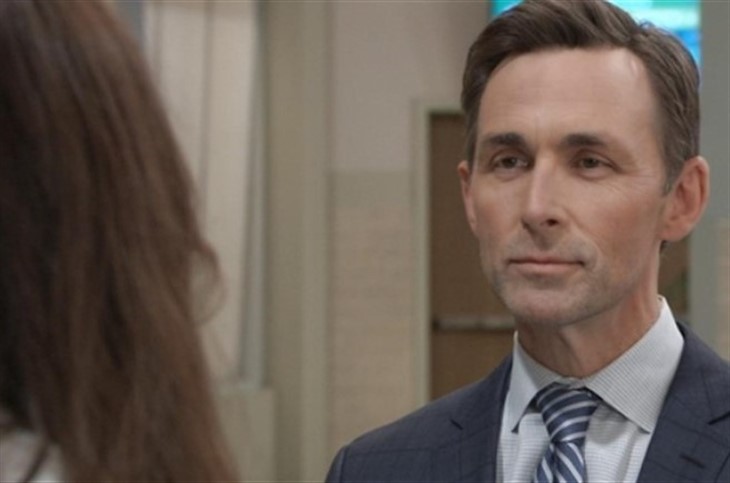 General Hospital (GH) spoilers say that in Port Charles, NY Valentin Cassadine (James Patrick Stuart) shouldn’t be all that surprised about what he is about to hear, knowing all too well how these situations work by now. Apparently, Valentin will be absolutely gobsmacked to find out that his one night stand with Book Lynn Quartermaine (Amanda Setton) has resulted in a pregnancy. Uh oh! Read on for all the latest spoilers.

As much as Valentin loves being a father, he just didn’t expect that it would happen again like this, and so suddenly too. He’s definitely taken aback with the idea of having another child. Valentin is certainly in panic mood. But at the same time, Brook Lynn shoots down his fantasy of playing an active role as the father of her child, as that’s not what she is planning on her end.

Needless to say, Brook Lynn is not as accommodating as she was back at the Metro Court! In other words, she makes it pretty clear that there is no room in her life for him – or their baby. James Patrick Stuart, who plays Valentin on the hit ABC soap, puts it this way to Soap Opera Digest in a new interview, “He wants to be a part of that child’s life and without question. To him, this is a great possibility, a terrific opportunity that life has given him – and then Brook Lynn goes all Brooklyn on him! She goes all East Coast on him.”

General Hospital spoilers say that while Valentin is trying to figure out his legal options, Brook Lynn tells the news to her father, Ned Quartermaine (Wally Kurth). While Ned is skeptical on whether or not her daughter can handle someone like Valentin, Brook Lynn reminds him that it would be wise not to sell her short. After all, she is someone who is fierce and knows how to protect herself and her family. Of course, fans will have to tune in to find out what will happen next. General Hospital airs weekdays on the ABC network. Check your local listings for times.

Are you a fan of daytime television? Be sure to catch up on everything happening with General Hospital right now. Come back here often for all the latest General Hospital spoilers, news, and updates.