The Bold And The Beautiful Spoilers: Finn’s Family Details – What We Know So Far 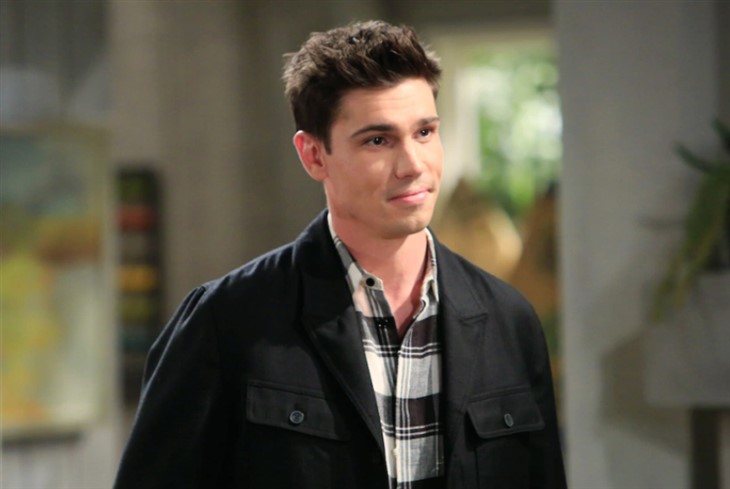 The Bold and the Beautiful (B&B) spoilers reveal that we still don’t know much about John “Finn” Finnegan (Tanner Novlan). All we know is he’s a doctor at the hospital, is crazy about Steffy Forrester (Jacqueline MacInnes Wood), and can turn into The Hulk when necessary. There is one piece of information about his family mentioned and some fans might have missed it.

The Bold And The Beautiful Spoilers – The Mysterious John Finnegan

B&B spoilers reveal that Finn has been a bit of a mystery ever since we first met him. There were a lot of theories flying around. Some fans felt that Hot Doc would be Steffy’s dream man after two years of being alone. However, there were others who were suspicious. There were a few convinced Finn was shady or even downright dangerous. Finn’s background and life story still isn’t clear, but we will find out new information slowly.

The Bold And The Beautiful (B&B) Spoilers: Paris Joins Forces With Ridge To Protect Carter From Zoe

When Finn was first announced to be Steffy’s new love interest, head writer and executive producer Bradley Bell shared some information. At the time, he told Soap Opera Digest that Finn would have a clean slate. There were no plans to connect him to anyone on the canvas. So, he’s not someone’s secret love child… so far. As fans know, scribes change their minds all the time. Don’t be shocked if there is some sort of connection to an existing character in the future, but it’s not happening right now.

The Bold And The Beautiful Spoilers – About The Family Heirloom

The Bold and the Beautiful spoilers reveal that when Finn proposed, he mentioned that the ring belonged to his mother. In the new issue of Soap Opera Digest, Novlan confirmed that it’s a family heirloom. No, he doesn’t carry it around in his pocket each day. The actor explained that before heading to Steffy’s cliff house, Finn made one stop to his own home. That is when he got the ring and headed to stop Steffy from leaving Los Angeles.

What we know about Finn’s family is that he finally mentioned a family member, his mother. However, he talked about her in the past tense, indicating that she’s dead. It’s possible that the wrong tense was used in the script or was spoken by Finn. However, there is another clue

,zthat Finn’s mom isn’t around anymore. Steffy hasn’t met his family members yet and the most important in-laws are the parents!

Plus, Finn talked about the ring being a family heirloom. He had it in his possession. If it had so much sentimental value, he would have had to ask for it from his mother. So, there is a good chance that his mother passed away. As for the rest of Finn’s family, we will have to just sit back and see what other clues are unveiled.