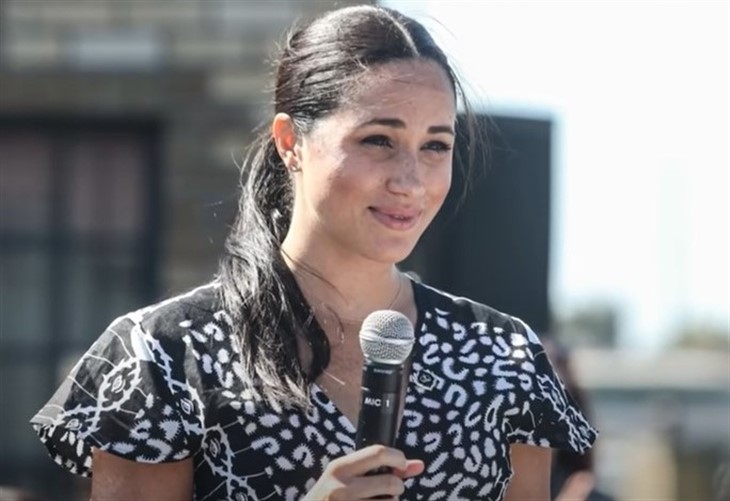 British royal family news reveals that Meghan Markle, Duchess of Sussex isn’t letting her much-mocked tell-all interview with Oprah Winfrey slow her ambition down. Never mind the fact that at least one of her sensational claims has been thoroughly blown up to the point that yesterday she was forced to admit the truth. Or the fact that since her interview her popularity level has never been lower.

Nope, none of that has stopped her reported determination to pursue a, don’t laugh, American political career. Why else would the striving ex-cable actress team with a figure from Hillary Clinton’s 2016 presidential campaign? Then again how smart is that since the campaign was a failure?

It is now being reported that Meghan and her husband Harry connected with Genevieve Roth who will serve as a senior strategic advisor at the couple’s Archewell foundation.

A social impact agency founded by Roth called Invisible Hand will also be working with Archewell on initiatives and campaigns.

Who exactly is Roth? She is an Alaska native who proudly says she has, “a lifelong commitment to gender equity.” She also served as the director of creative engagement for the 2016 Clinton Presidential campaign.

Given her background, the news that the Markle’s have partnered up with Roth is fueling speculation that Meghan is eager to put her political talk into action.

A statement reveals that Invisible Hand will focus on, “strategic change through storytelling and community building in support of gender and racial equity,” all buzzwords the Markle’s have liberally tossed around.

Royal Family News – What Could Meghan Markle Be Up To?

Does this mean that speculation that Meghan had no intention of being a royal and had political plans has merit?

Numerous sources have proposed that the former actress envisions herself as the first female American President. Meghan’s friends have boasted of her being, “the embodiment of the American dream,” but is hiring a key cog in the losing campaign of another female with similar goals the best strategy she can come up with?