The Young And The Restless (Y&R) Spoilers: Rey’s Life Nearly Taken – Elena And Nate Save His Life 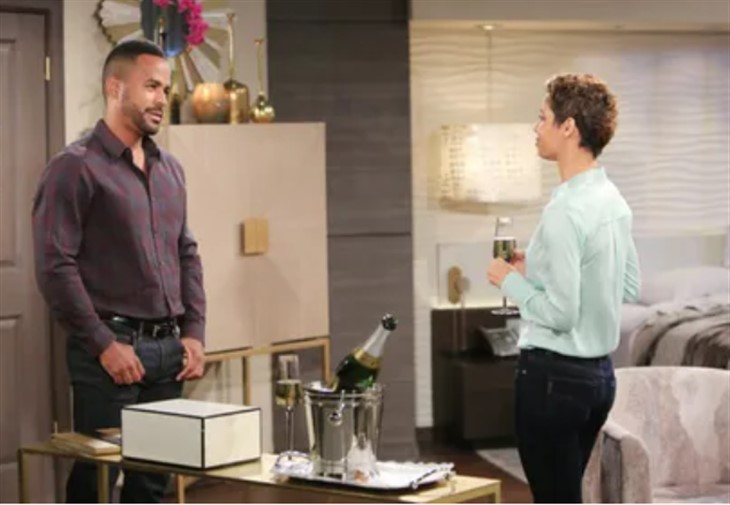 The Thallium poisoning case will need to be cracked. But thankfully what happened didn’t lead to Rey’s death.

Rey will awaken and point to Adam Newman (Mark Grossman) as his attempted murderer. At the same time, Nate and Elena will push past their brief romantic status.

The Young And The Restless Spoilers – Why Was Rey Rosales Targeted?

Sharon Rosales (Sharon Case) will be fully influenced by her husband’s theory. She will choose to think the worst of Adam, after recently accusing him of breaking into the cottage to steal the keepsakes he once gave to her.

Making an infinitely more serious statement, Sharon accuses Adam of poisoning Rey. However, fans know that Chelsea Lawson (Melissa Claire Egan) has been scheming while playing possum and appears to have set Adam up for this fall.

If the speculation proves true, Chelsea’s intent would have been to frame Adam while also turning him and Sharon against each other. This vengeful response was sparked by the outrageous kiss that Adam and Sharon recently shared at Society, which was digitally captured and then shared on the internet.

Soap fans know that suspending disbelief is part of the rub. So, they watched as Sharon incredulously didn’t force Rey to go to the hospital.

She did contact Nate, who came to the cottage and drew blood. But the doctor did not make Rey go to the hospital either, which seemed to be linked to his mind being clouded by the break he was about to make from Elena.

So, Rey was allowed to dangle in the daytime wind while his wife and doctor were arguably responsible for allowing his condition to not be aggressively addressed.

The Young And The Restless (Y&R) Comings And Goings: Two Returns And A Jaw Dropping Exit? #YR #YoungandRestlesshttps://t.co/vPS9LPTjWY

The Young And The Restless Spoilers – As For Love Matters

Sharon loves Rey, but she’s clearly still affected by Adam. She’s more than fond of him. Case’s character has a seemingly unbreakable emotional bond to the man who she loved (or loves) like no other.

Rey has long sensed that Adam is a threat to his relationship with Sharon. It’s natural that he thinks Adam wanted to bump him off.

As for Nate. He realizes that Elena’s true love is Devon Hamilton (Bryton James). Nate also knows that his professional judgment might have been compromised. So, his choice to end whatever he and Elena had was best both personally and professionally.