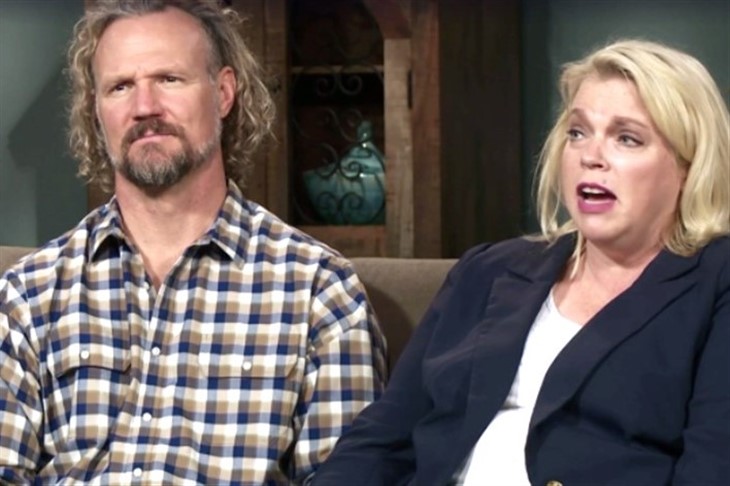 Sister Wives spoilers and updates reveal this season of the TLC show just reminded viewers and fans of the unfortunate incident that happened last season. If you remembered vividly this month was that time of the year in 2020 that the Coronavirus pandemic forced us to a corner. Everyone in every part of the globe was scared to their marrows and increasingly concerned because of the Covid-19 outbreak. The sister wives’ casts were not spared either, as fans saw each of them air their worries about the Coronavirus in the initial episodes of season 15. At that time, TV Shows Ace reported that Janelle made it clear to Kody to stay away from her home.

Since the Covid-19 outbreak crept into Earth and halted our daily activities, Janelle Brown has chosen to inform her fans and followers about her new decisions and rules in her home. She said she’s been watching the news lately and she’s been hearing the government talk about everyone staying indoors. However, she has Garrison who works with a construction crew in the town, and Gabriel – who has been careful associating with his friends all staying at home with her for now. For now, she cannot guarantee what staying indoors would look like yet but she is ultimately telling Kody, her husband to stay away from her home.

While having a discussion on Twitter about the recent episode of the sister wives show, Janelle Brown and her darling husband got into a topic about grown-up kids. From all indications, it seems Kody Brown is somewhat frustrated about his two sons – Garrison, 22, and Gabriel, 20. He said he is frustrated with the way the boys have chosen to conduct themselves at the peak of the Coronavirus pandemic. In his words, “Garrison and Gabriel both could have toped their social lives for me to return home. However, they say it is unfair but never change their behavior. He went further to call out their mother; Janelle Brown on Twitter that she didn’t insist on it either.

Well, when Janelle read the tweet, she was quick to respond to it and she explained that she lives with grown-up children. By default, she can not ground them because they were not underage anymore and she wouldn’t either dream of sending her children out of the house at the peak of the Coronavirus outbreak. After all, she is a mother and a wife but in this situation, she is between a rock and a hard place.

How is Janelle Handling her Home with the Kids?

The truth is that it was difficult to comprehend these whole family brouhahas unraveled nearly a year after it occurred. However, somewhere along with all these issues, we guess the recent episode reopened an old wound, and seeing how Janelle could get annoyed with Kody Brown’s tweet speaks it all.

Sister Wives Updates – Their Twitter Followers had a Thing to say

Having gone through Janelle and Kody Brown’s tweets, the couple’s fans agree to a larger percentage that Garrison was working; therefore, he needed to come back home often but for Gabriel, he is acting all less concerned about the entire issue. Nevertheless, Janelle is in the best place to know what is best and how to handle herself and her home. Fans are hopeful that the couple ends the tiff between them because of their kids.

Be sure to catch up on everything happening with Sister Wives right now. Come back here often for all the Sister Wives spoilers, news, and updates.