The Young And The Restless Spoilers: Cyaxares Deal Not Sealed – Victoria Or Billy Wins After All? 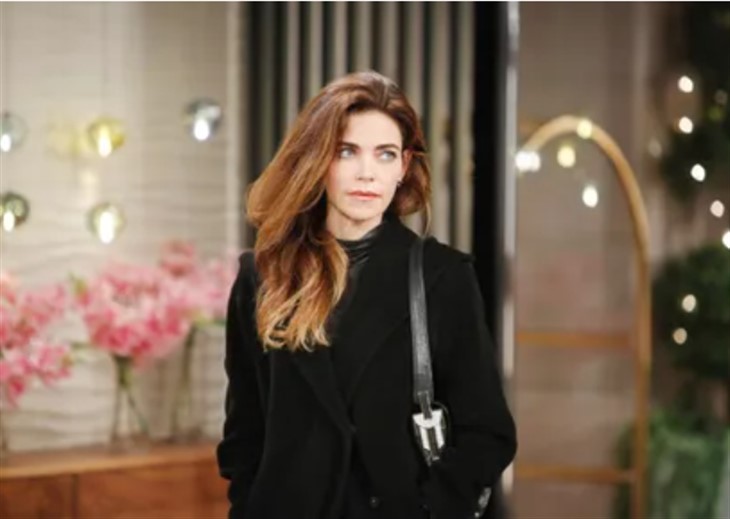 The Young and the Restless spoilers document that Ashland Locke (Richard Burgi) might have to pick a different winner. While he chose Adam Newman’s (Mark Grossman) pitch over two rivals, serious complications might prevent this deal from being finalized.

Adam will soon be targeted by the authorities as a suspect in Rey Rosales’ (Jordi Vilasuso) poisoning. Unless he’s cleared instantly, Ashland will naturally have concerns about selling his company to this part of the Newman family.

Victor Newman (Eric Braeden) decided to make a private bid for Cyaxares after Victoria Newman (Amelia Heinle) turned him down. Newman Enterprises was Victor’s top choice as a good fit for Ashland’s available media business, but his daughter disagreed. Victoria later entered the bidding as part of her intent to protect Billy.

The idea to have Adam front the pitch for Victor was a fallback option. But doing so allowed the Moustache to continue to develop the bond he’s reforming with Adam, while also teaching Victoria a lesson.

Having seemingly sealed the deal, Adam and Victor were planning for the future. Braeden’s character wisely advised his son not to gloat, but that happened during a run-in with Victoria at Crimson Lights.

Viewers weren’t privy to Ashland’s second choice. It did feel like Victoria was his first pick, with the veiled dinner request appearing to be a deal sweetener that she rejected.

Assuming that Ashland may have been seeking a non-business effort, it would follow that he suggests that again or chooses Chance Com instead. However, it is possible that he’ll merely go with the bigger cash offer, which is what Victoria believes she made during her pitch.

Of course, the above assumes that Ashland will drop Adam and Victor due to the poisoning news that involves Grossman’s character.

Billy Abbott (Jason Thompson) and Lily Winters (Christel Khalil) won’t care if Ashland saw them as his third-best choice. If Burgi’s character decides, for whatever reason, that Chance Com will be his new winning bidder then such is life.

Obtaining Cyaxares would not only prevent anticipated incoming from Adam, but it would also enable the cannons to be turned against him. Chance Com is an upstart and its leadership is very savvy. The unexpected addition of Ashland’s company to the fold would also represent a truly scorching victory.