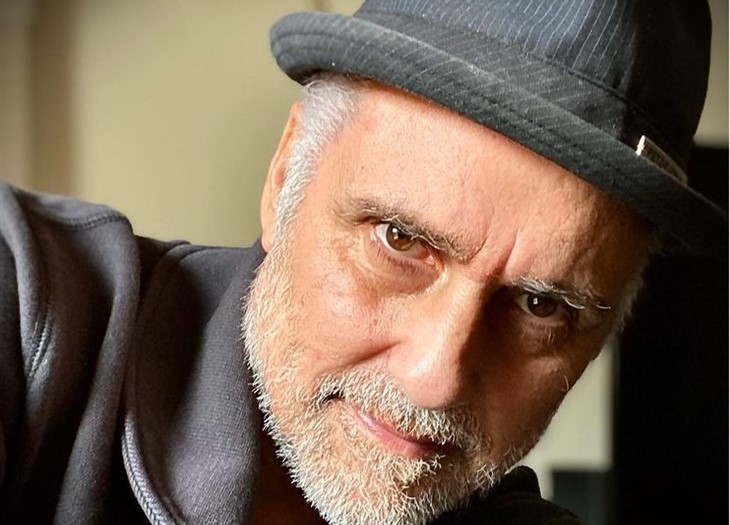 General Hospital (GH) spoilers reveal that Maurice Benard (Sonny Corinthos) needs your help in a very important matter. If you follow him on Instagram you’re familiar with Buddy, the goat whose antics amuse and frustrate Benard no end.

But Buddy has a sibling and as Maurice posted recently, “Everybody always asks me, what’s “Buddy the Goats” sister name? I call her different names. I know she feels he gets all the attention.”

The caption accompanies a sweet vid of Maurice and Buddy’s sister who is a lovely golden-colored animal, and she was shown having a great time snuggling with her owner.
This beautiful creature deserves a name, however, one of her very own. After all, how would you like to go through life being known just as, “Buddy’s sister?”

GH Spoilers – Buddy the Goat’s Sister Needs Her Own Name

Which is why Benard is asking his fans to help him name this tame and loveable creature: “Can you help me give this Beautiful girl a name?”

His fans were quick to chime in with a whole host of promising name such as Sunny, Hope and Magnolia. Any of those would be great monikers for Buddy’s sister.

One fan had a much darker name in mind: Helena!

We don’t think that calling Buddy’s sister Helena is the right thing to do. After all, would you want to be named for Port Charles, New York’s infamous villain? How nice would it be to saddle this lovely goat with such a notorious name? 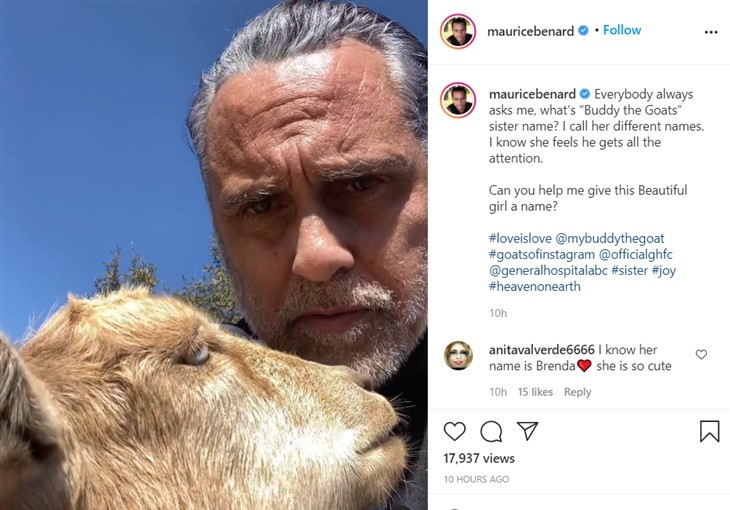 On the subject of names, Maurice’s character Sonny is now going by the name of Mike while he lives above a bar somewhere far from Port Charles, New York. That’s because he has amnesia and the watch he has on belonged to his father and is engraved with his name Mike.

It looked like the gig was up this week when Nina Reeves (Cynthia Watros) called Carly Corinthos (Laura Wright) to spill the beans on her MIA husband.

General Hospital Spoilers: Can Finn And Diane Save Alexis?https://t.co/qmnz27njNU

Due to Carly’s belligerence, Nina held back on telling the truth for now and we can expect that Nina has something shady in mind. How will she get revenge on Carly for keeping her from their mutual grandson Wiley? By keeping her from her beloved husband!