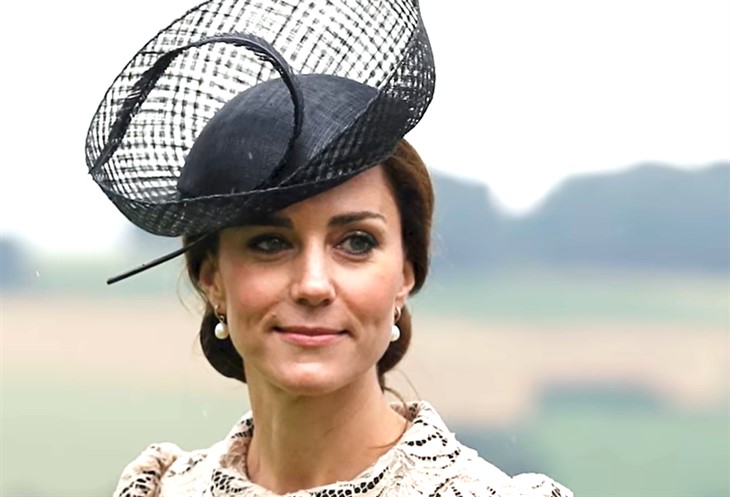 British Royal family news questions does Kate Middleton need a royal wardrobe overhaul? Some critics believe that the answer to that question is a resounding yes. Even though the Duchess of Cambridge is considered one of the most stylish women in the world – with many of her pieces selling out within minutes of her wearing it – some critics are finding her latest style choices to be a little outdated. Here’s what you need to know.

During the UK’s National Day of Reflection, the Duke and Duchess of Cambridge took a moment to reflect about the last year while at Westminster Abbey. Many fashionistas from both sides of the pond noticed right away that Kate Middleton was wearing an ivory knee-length Catherine Walker & Co coat complete with a scalloped edge and subtle lace appliqué across the front. While some people liked it, others didn’t.

“On the National Day of Reflection one year since the first lockdown in the UK, The Duke and Duchess took part in a moment of reflection at Westminster Abbey, following their visit to the Abbey’s vaccination centre,” reads a post shared on Kensington Palace’s Instagram along with photos of Prince William and Kate Middleton. “Today we remember all those who have lost their lives as a result of the pandemic over the last twelve months.”

British Royal News – Kate’s Style Hits And Misses – Is It Time For A Royal Fashion Overhaul?

Of course, it didn’t take long for many royal fans and critics alike to comment on Kate Middleton’s current fashion choices out of her wardrobe. Some took to their social media accounts to write, “The white coat looks great, but it’s something that my elderly mother would wear. I wouldn’t expect to see it on someone as young as Kate Middleton,” along with, “Someone needs to give the Duchess of Cambridge a fashion overhaul. She is such a beautiful woman and she wears clothes well but something is just off with this look. She needs to wear more modern cuts and clothes.”