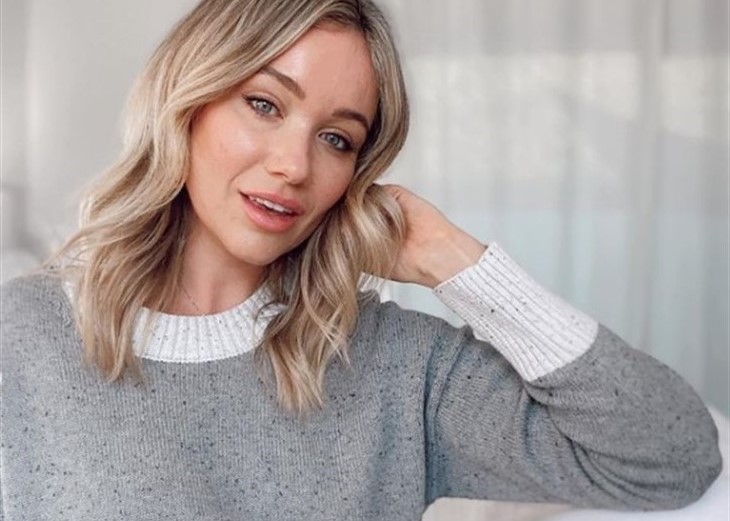 The “Bold and the Beautiful” star Katrina Bowden was eager to share what viewers can expect from her character, Flo Fulton after she was accepted into the Logan family. In an interview with Soap Opera Digest, the actress dropped some hints on what’s to come.

Bowden explained that getting accepted into the Logan family “means the world to Flo.” She already accepted that it may never happen after all she’s done. “Flo had made her bed and she was ready to lie in it, but in the back of her mind, I think she was secretly hoping that something better could come of their family dynamic,” she added. But it did happen and she’s very grateful.

Katie Logan (Heather Tom) and Brooke Logan (Katherine Kelly Lang) welcomed Flo officially into their family by presenting her with legal documents that will allow her to take the Logan name. Now that her relatives have finally accepted her, plus being part of Forrester Creations, Bowden said Flo wants to do the best she can “to prove that she’s worthy of being a part of the family.”

But there’s one member of the Logan clan who’s not keen on having her as part of the family and that’s her cousin, Hope Logan (Annika Noelle). Her character knows she needs to make amends with her but it’s unlikely to happen at this point.

The Bold and the Beautiful Fans may recall that Flo helped keep Beth away from Hope. For the latter, having a relationship with the woman who kept her daughter away from her is just too much to ask. It seems like Hope has no plans of forgiving Flo anytime soon.

The Bold And The Beautiful – Are Wedding Bells On The Horizon For Wyatt and Flo?

The Bold and the Beautiful spoilers show things are going Flo’s way including her love life. Many are wondering if she’ll finally exchange vows with Wyatt Spencer (Darin Brooks). Bowden wants Flo to be happy. Although she didn’t say much about what the future holds for her and Wyatt, she hinted that anything is possible.

Flo may soon get some happy news given that the latest episode of “The Bold and the Beautiful,” showed that Wyatt is planning to propose to her. While having a serious talk with Liam Spencer (Scott Clifton), whose marriage with Hope is on the rocks, Wyatt revealed that he never wants to be apart from Flo again. He takes out an engagement ring and says he plans to ask Flo’s hand in marriage.

Will Flo accept Wyatt’s proposal? Will Brooke find it in her heart to forgive and accept Flo? Stay tuned for the next episodes.