The Young And The Restless (Y&R) Spoilers: Is Richard Burgi Staying In Genoa City? 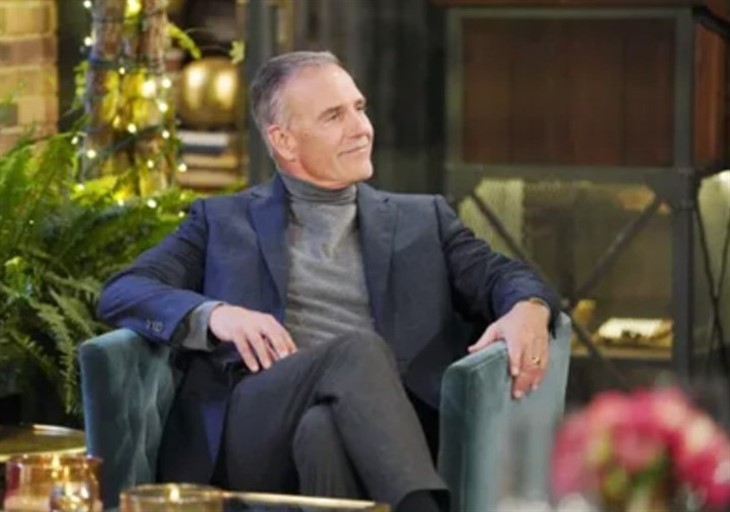 The Young And The Restless Spoilers – Ashland Locke Is Trying To Settle A Score, So That Might Be Difficult To Achieve Long Distance

There is no question that Richard Burgi will be staying on the show, as he was hired for a recurring role. He is no stranger to daytime drama land, having been in five different soaps in the past, the most recent playing dirty DA and killer Paul Hornsby from 2015-2016 on ABC’s General Hospital. Burgi said in recent interviews with Soap Opera Digest and Deadline that it was a “super loose commitment” so he liked not having to travel, not having to quarantine, and not having to live near the studio.

He did like that he was still wanted in daytime. Burgi already knew a few people – he knows Jason Thompson, now Billy Abbott on The Young and The Restless from his time at General Hospital. He got acquainted with Peter Bergman, who plays Jack Abbott years ago. On his first day taping The Young and The Restless and was given a copy of Melody Thomas Scott’s (Nikki Newman) book, and he was amazed at the longevity of many of the actors on the show – Eric Braeden, for instance, has played Victor Newman for forty plus years!

The Young And The Restless (Y&R) Spoilers: Rey’s Life Nearly Taken – Elena And Nate Save His Life

However, he did have to employ masks and social distancing his first day on the set, as everyone else did because of strict Covid safeguards. He hadn’t done daytime in a while and was a little nervous, but aced it like a champ! He also found some parallels between his character and his life, having a wife younger than himself and a stepson.

Considering the way Burgi’s recurring contract works, it is likely that Ashland Locke will probably travel back and forth from New York City to Genoa City and vice versa, as opposed to the character moving to Genoa City. Ashland will be settling some scores and called Kyle Abbott (Michael Mealor) in a recent episode of The Young and The Restless to ask him some questions after he and his wife Tara Locke (Elizabeth Leiner) had left Genoa City and returned to New York after selling Cyaxeres Media to Adam Newman (Mark Grossman) and Victor Newman.

That would be a call that Kyle would have rather not received since he knew it had nothing to do with the sale and probably everything to do with his past affair with Tara, that he recently found out had produced a little boy, Harrison Locke (uncast character). Tara had previously warned Kyle when she got a moment alone with him (or so she thought, Ashland saw part of it) that she thought Ashland was on to them!

She said that not only would Ashland crush him if he found out, but she as well and everyone Kyle is associated with! The boy is three years old and Ashland doesn’t know that he may not be the father of his son, even though no paternity test has been done, Tara thought Harrison was Kyle’s. With that kind of score to settle, fans will probably see the “Locke Ness Monster” make a long visit to Genoa City soon, although he may not move there!