Days Of Our Lives (DOOL) Spoilers: Charlie’s Killer Linked To John And Marlena 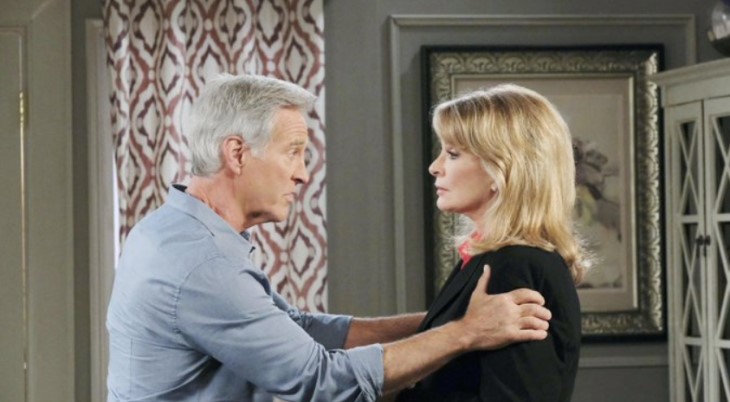 Days of Our Lives (DOOL) spoilers suggest that Charlie Dale’s murderer will eventually be linked back to John and Marlena’s family. However, the murderer may not be anyone that has been a suspect so far. Who really killed Charlie and why?

Days Of Our Lives Spoilers – Allie Horton Is Innocent

Days of our lives Allie Horton could not any more kill Charlie than she could shoot Tripp Dalton (Lucas Adams). Allie is too kind-hearted to shoot anyone even that man who raped her. As much as Allie wanted to be as brave as she thought Sami Brady (Alison Sweeney) was when she shot her attacker, Allie could not bring herself to pull the trigger.

Allie told Lucas Horton (Bryan Dattilo) that she went to Charlie’s apartment but could not shoot him. In a flashback, Allie was seen breaking down while pointing the gun at Charlie. Charlie reached for the gun and Allie gave it to him. Allie left the gun with Charlie and later someone came by and shot him later, but who?

Claire Brady was furious with Charlie for what he did to Allie, but for lying to her as well. Claire had so many plans for Charlie and herself and he ruined them. Claire was convinced that Charlie was her soulmate until she realized that he was a rapist.

However, Charlie continued to stalk Claire until she taped his confession. After Charlie’s admission, Claire was more determined than ever to make him pay. Could Claire be the person show killed Charlie? After all, Claire did try to burn her aunt, Ciara Weston (Victoria Konefal) alive. Claire would be much more likely than Allie to commit murder.

Days of Our Lives John went to confront Charlie himself. However, John blacked out and only remembers hearing a gunshot. John has no idea if she fired the fatal shot or if he heard someone else shoot Charlie.

However, John was furious with Charlie. Both Allie and Claire are John and Marlena’s granddaughter and John had just had words with Charlie. John had to sneak out of his house to get close to Charlie. However, did John fire the shot that killed Charlie that night? Could Belle Black (Martha Madison) have been the one to pull the trigger instead?

Charlie’s attempted attack on Claire and his attack on Allie had everyone in the Brady and Black families. However, it seems that the killer came from a Black family. Will we be shocked by the killer or is it, someone, we already suspect? This questioned should be answered very soon.