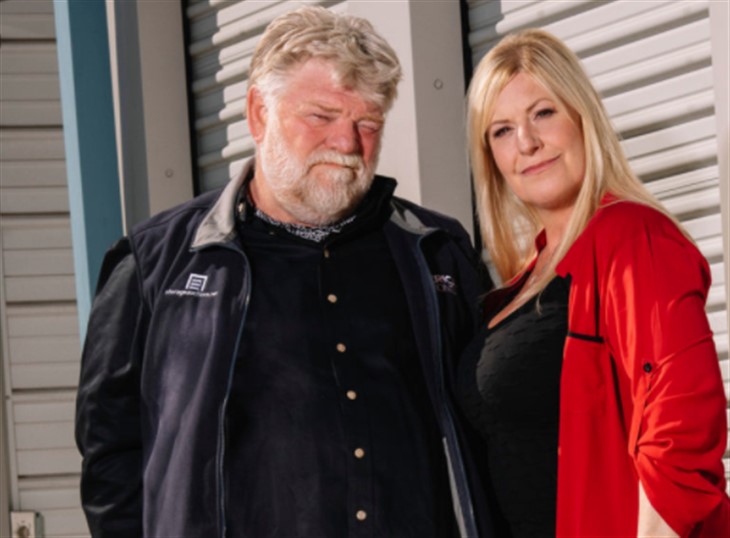 Storage Wars is back!! Fans of the series must be exhilarating by the news that it is coming back for the thirteenth season. All the characters we have come to love since the first season are joining hands to hunt for the biggest fortune of their lives. A lot of twists and turns await fans in the upcoming season with a premiere date already set. So when exactly can fans anticipate the season thirteen premiere of Storage Wars?

A lot of Storage Wars buffs did not expect to see the series renewed for a thirteenth season. The set of people that make the show tick are all coming back for this new season. They include the favorite buyers and auctioneers of fans such as Kenny Crossley, Darrell Sheets, Casey Nezhoda, Jarod Schultz, Renee Nezhoda, Brandi Passante, the Dotson couple, Dan and Laura as well as Ivy Calvin with his sons.

Season thirteen promises to entertain and enlighten fans of the show to the happenings that take place behind the scenes of intense auctions and the fierce rivalry that exists between competitors as they fight their way towards making huge sums of money.

This new season should give viewers more of the outrageous souvenirs in various storage units to continue the war among the auctioneers. The premiere date for season thirteen has been slated for the 20th of April at 9 p.m. Eastern time. Fans can also look forward to two new episodes of the show to be aired one after the other.

Season thirteen should be a season to look forward to, with some potential personal wars taking place along the way. Like the case of Brandi and Jarrod. In case you missed out, Brandi and Jarrod were a thing before they went their separate ways in the twelfth season.

In June last year, Brandi revealed that she and Jarrod had broken up while adding that she was down with the coronavirus. The two never got married but were business partners for over twenty years. Both parties have quickly moved on with their lives after the separation.

The Bachelor Colton Underwood Will Never Return To The Show, But Is Open To Reality TV #TheBachelorhttps://t.co/sW5dI481Hm

In recent posts on Instagram, Brandi is seen to be in partying mood while Jarrod has started dating another lady. Jarrod even set up a pub called The Rush. Well, with the restrictions due to the coronavirus pandemic, that business venture has likely folded up. This means Jarrod has lots of time on his hands to be part of Storage Wars.

There is one person that is going to be missing from the A&E series. He goes by the name of Dave Hester. The network did not give any reason why he is not returning to the series, but we know Darrell came out of retirement to be part of season thirteen. Another person who A&E did not mention is collector Barry Weiss. Maybe he would make a cameo appearance, no one knows. All we know is Storage Wars is back for the thirteenth season!