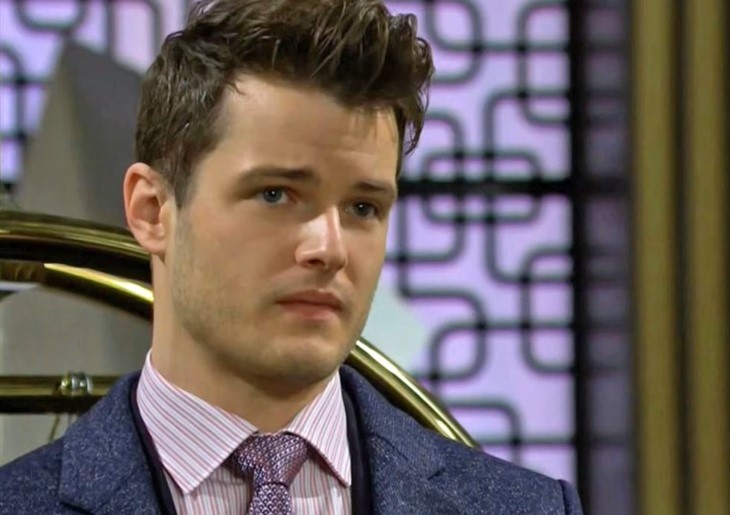 The Young and the Restless (Y&R) spoilers say that even though they haven’t always had the best father and son relationship between them, Kyle Abbott (Michael Mealor) is about to make a major confession to his father, Jack Abbott (Peter Bergman). After learning that Ashland Locke (Richard Burgi) is on his way to Genoa City, Kyle is worried that the tycoon will find out about his fling with Tara Locke (Rebekah Graf). Read on for all of the latest spoilers.

According to the latest edition of Soap Opera Digest, Kyle decides to tell the truth, and certainly the entire truth, about his affair with Tara to his father Jack. For Kyle, he understands that things are getting out of hand and that he can’t handle all of this on his own. He’s worried that his fears are soon going to become reality.

Speaking to the publication in a new interview, Michael Mealor, who plays Kyle on the hit CBS soap, says his character knows he needs someone else on his team and the one person he can count on right now is Jack.

Michael puts it this way, “Jack knows that he himself hasn’t been a choirboy, so he doesn’t judge his son. Instead, Jack swoops in like a father and has how on plan on how this should be handled with Ashland.”

The Young And The Restless Spoilers: Will Chance Chancellor Return – What We Know!https://t.co/FcDsSopEwq

The Young and the Restless spoilers say that Kyle will leave out one very important detail to his father, and that’s the fact that he is the father of Tara’s son. This fact is going to complicate things even further. Michael continues, “Kyle has decided to walk away from Harrison and he knows that in the eyes of Jack Abbott, that’s not the right decision. Kyle is hoping that Jack never finds out he has a grandson, or else this could all go into an entirely different direction.”

The Young and the Restless (Y&R) Spoilers: Victor Takes Matters Into His Own…

The Young And The Restless (Y&R) Comings and Goings: Reylynn Caster’s Debut As…