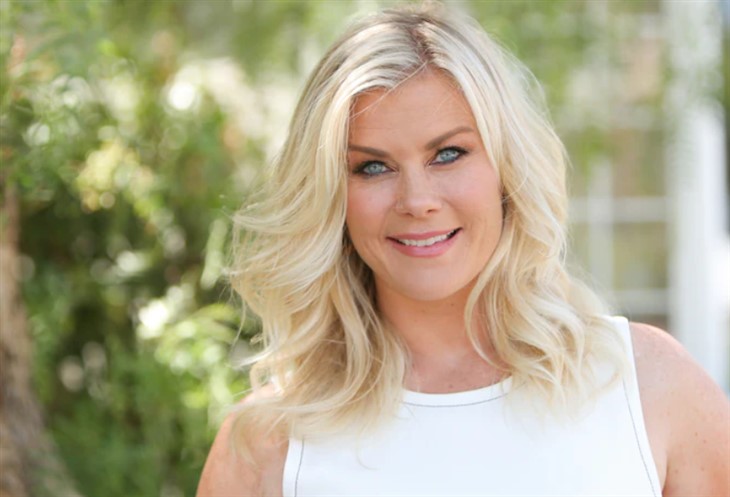 Alison Sweeney, also known for her role as Sami Brady on “Days of our Lives” shared some old photos from her childhood on Instagram. Sent to her by her mom, the throwback picture shows the younger version of herself having fun while in the movies with some of today’s famous soap stars.

‘Days of Our Lives – Star-Studded Sitcom, “A Brand New Life”

In the photo Sweeney posted, fans can see the actress along with David Tom (who played Billy in “The Young and the Restless), Nicholle Tom (a cast of “The Nanny), and Heather Tom from “The Bold and the Beautiful.” During this time, Sweeney had a TV show, titled “A Brand New Life,” with Barbara Eden, Jennie Garth, and Don Murray.

The star-studded sitcom, which had similarities with the “Brady Bunch,” ran from October 1989 to April, the next year, and only aired 6 episodes. Eden played the role of Barbara McCray, a single mom with three children. David Tom played Barbara’s son, Bart, while Jennie Garth and Alison Sweeney, portrayed Barbara’s daughters, Ericka and Christy, respectively. Barbara married Don Murray’s character, the millionaire Roger Gibbons with three children. The pair had different parenting styles, with the former being conservative while the latter more liberal. 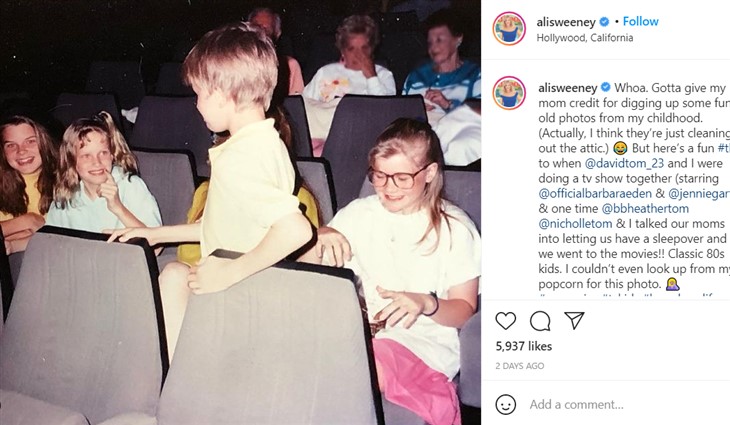 Aside from “A Brand New Life,” Sweeney also appeared on “Family Man,” “Bay State,” “Friends,” and was the host of “The Biggest Loser” from seasons 4 to 16. Sweeney’s been with “Days of Our Lives” for 21 years before leaving her post as a full-time cast member in 2014. Since 2017, the actress had been returning to the soap for a short arc every year. The actress returned to the canvas and became part of new Days of Our Lives episodes late last year and is expected to continue through most of this year.

Days Of Our Lives (DOOL) Spoilers: Paulina And Abe Clash, But Romance In The Airhttps://t.co/Om3wQCWv9m

Back to the latest episode of “Days of Our Lives,” fans know that Sami confessed to killing Charlie Dale (Mike Manning) and Lucas Horton (Bryan Dattilo) is determined to know why she did it. When she admitted that she did it for Allie Horton (Lindsay Arnold), Lucas told her that he thinks Allie is innocent. Sami and Lucas explained to Rafe Hernandez (Galen Gering) what the former had done and explained that her confession was to cover for Allie. Rafe told her that she should’ve told me the truth early on and added that the case is already out of his hands. Spoilers for week March 29 hinted at a confrontation between Sami and John Black (Drake Hogestyn). Does this stand-off have something to do with Charlie Dale’s shooting?