Sister Wives Spoilers: Meri Brown Is Not Going To Be The One To Give Up On Her Marriage 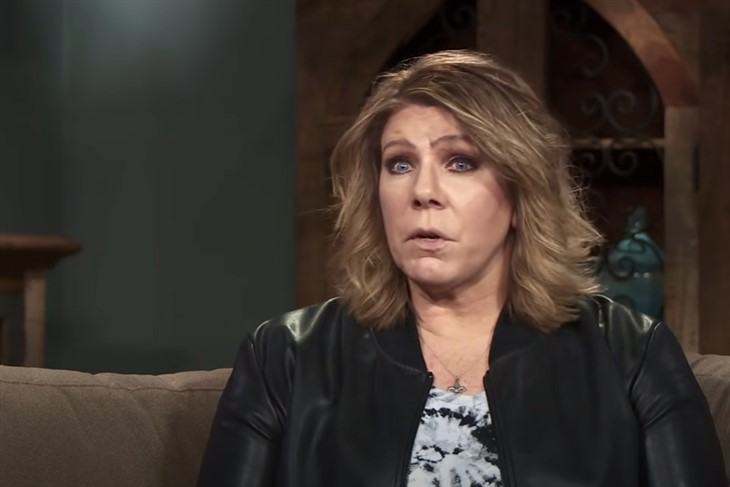 Sister Wives Spoilers suggest that Meri Brown values her marriage and has no intention of throwing in the towel. However, Kody Brown does not seem to be putting forth much effort to get things back on track.

Sister Wives Kody admits that he only sees Meri “once in a blue moon.” Kody admits that he stopped calling Meri and asking her to do stuff with him. Instead, Kody spends his time going between the other three wives. Meri is not giving up; she says she is going to keep on working at her relationship with Kody and wants to remain a part of the plural family they started years ago. However, Kody has stated before that there is just nothing there anymore. Kody and Meri have even attended counseling sessions but that seems to have made no change in their relationship.

Sister Wives Spoilers – All Relationships Have Their Issues

Sister Wives Meri suggests that all relationships have their issues, and it is something that just must be worked through. Meri believes this is kind of normal and she is not willing to just give up, instead she believes she will keep working at fixing things even if she is doing it alone. Meri says she and Kody are in a place where there are, they are figuring out where they are and what is going on. Meri and Kody have been married since April 1990 and need to get things back on track. Of course, the catfishing scheme a few years back does not make working this out any easier.

Is There Hope For A Full Reconciliation

Even though Sister Wives’ Kody and Meri went to counseling, Kody has stated that he no longer desires to be intimate with Meri. Ironically, all of this is over a catfishing scheme where no physical contact to place. Meri may have cheated mentally, however, Kody sleeps with other women every night. Kody has made no secret of the fact that he wishes he and Meri had not gotten married when they did. According to published reports from the series, Kody and Meri had issues early into the marriage. However, divorce never seemed to be an issue until Robyn Brown joined the family and Kody wanted to adopt her children.

Kody says his relationship with Meri is distant and amicable and he is happy that way. Perhaps Meri should stop trying to revive the dead and move on.

Be sure to catch up on everything happening with Sister wives right now. Come back here often for Sister wives’ spoilers, news, and updates.