The Young And The Restless (Y&R) Spoilers: Chloe Tears Into Chelsea For Making Her An Accessory To Attempted Murder! 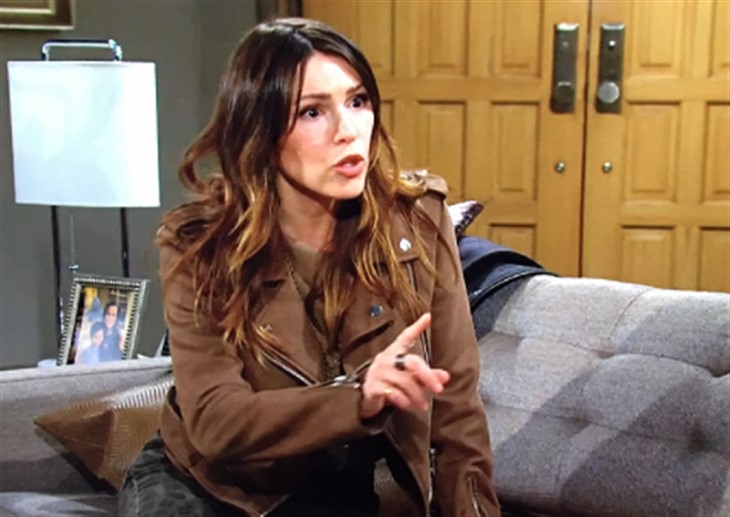 The Young And The Restless Spoilers – Chelsea Lawson Asked Chloe Mitchell To Help Her Get Away From Adam Newman, But Also To Get Revenge On Him

Viewers of The Young and The Restless will recall that Chelsea had asked Chloe to help her get away from Adam Newman (Mark Grossman) but also to get revenge on him! Chloe’s part was simply to steal some figurines from Sharon and Rey Rosales’ (Sharon Case, Jordi Vilasuso) house and plant them in Adam’s penthouse. Chelsea hadn’t even been totally truthful with Chloe, apparently, because Chelsea herself was the one who apparently procured the thallium to poison Rey with and put it in his grooming supplies, and then plant the substance in his shaving kit for Rey to find, along with the knickknacks in Adam’s car.

Sharon found herself receiving texts from Adam, wanting her to leave Rey and come back to him in the meantime, which Adam knows he didn’t send and he blamed Chloe! Chelsea finds out that Rey was poisoned and confronts Chelsea, she cannot believe that Chelsea would poison Rey, a police detective, and involve Chloe in it! Chloe is very upset with Chelsea and tears into her about making her an accessory to a major crime, which would be attempted murder!

Chloe indeed may be in trouble if Adam brought charges against her in response to Rey bringing charges against him! No one is going to believe that Chelsea did any of this herself, or even that she asked Chloe’s help to do it – she is still down on the medical records as no improvement, not able to walk, talk or speak! However, Adam does know that she can move in her wheelchair – he saw her adjust herself and take a deep breath.

Even though Adam has pretty well figured out that Chloe and possibly even Chelsea herself are trying to frame him, who is going to believe Adam? Chloe knows that Chelsea has been faking her lack of recovery but she certainly isn’t going to testify to it, and Adam knows Chelsea is faking her lack of recovery at least to some extent because he saw her move in her chair! This is the challenge that Adam would face, should he try to use that as his defense for what Rey is accusing him of! Chelsea undoubtedly was banking on Adam’s reputation – his bad reputation – preceding him, and that people will be all too willing to believe the worst of him.

The Young And The Restless Spoilers: Joshua Morrow Spills Dirt On A 'Shick' Re-do #YR #YoungandRestlesshttps://t.co/CjhAJQ3pjy

After all, Rey himself and Sharon’s ex, Nick Newman, (Joshua Morrow) Chloe, Billy Abbott (Jason Thompson) all would peg Adam as the one who would not only have a motive but means and opportunity to kill his obsession, Sharon’s new husband. Most of the Newman family doesn’t trust Adam, although his father, Victor Newman (Eric Braeden) makes excuses for Adam – at least according to the rest of the Newmans! But whether Adam is under suspicion or not, Chloe is in shock that her best friend Chelsea would go this far, and endangering her freedom by making her an accessory to attempted murder!