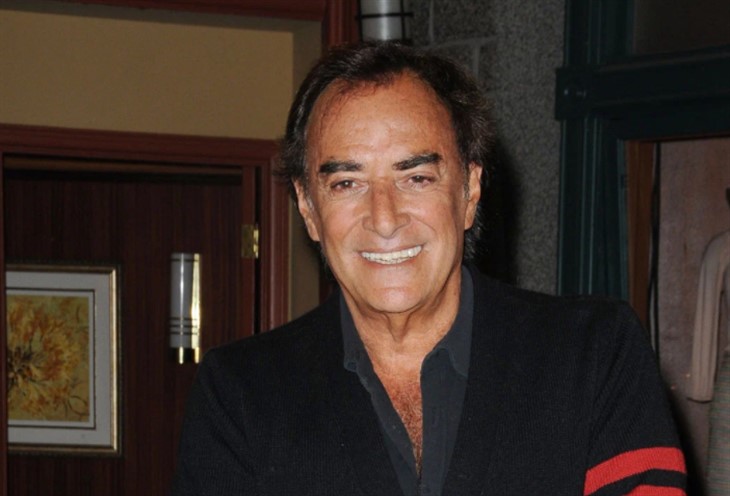 Days of Our Lives (DOOL) spoilers and updates reveal Thaao Penghlis hints possible return of Andre DiMera when he guest-starred on an episode of “Mission: Impossible — A Mission: Impossible TV Podcast.” He believes that the soap’s head writer, Ron Carlivati, likes “duality,” which could be the reason for his plans to bring Andre back to the canvas.

“Now that I’m just playing Tony, I have a feeling they’re going to bring Andre back someday… because, with this writer, I think he likes duality,” he said.

He cited several examples including Abby and Gabby Hernandez’s (Marci Miller/Kate Mansi) mental disorder storyline, Kristen DiMera (Stacy Haiduk) pretending to be Nicole (Arianne Zucker), and Sarah Horton (Linsey Godfrey). However, the soap has not made any announcement yet or dropped any clue regarding Andre’s return to the fold.

The actor dished out on what it’s like to play two characters in the soap. Fans may be surprised to learn that the actor isn’t too keen on playing both characters. He said the experience is “not something that I relish,” but he may have to endure it once again soon. Viewers will just have to wait and see whether or not “Days of Our Lives” plans to bring the character back.

Days Of Our Lives – Penghlis’ Trick When He Disagrees With Storyline

The actor shared that when he doesn’t agree with some storyline moments, he will “change the attitude.”

“I don’t change dialogue so much, because I don’t think that’s respectful to the writer. But I do love finding things about the character I didn’t do before or I didn’t know about,” he revealed.

Penghlis dropped a major bombshell when he revealed that the soap is recasting the role of E.J. DiMera. Fans have been hoping to hear an update regarding the character’s possible return to the canvas since it was revealed that he was alive back in 2018. They may finally get to see their character again even though it will no longer be portrayed by James Scott.

Scott has played the role of E.J. DiMera from 2006 to 2014. However, the actor confirmed that he has no plans of returning to Hollywood or DOOL. So, the soap’s left with only two options, write off the character completely or reprise the role. It seems like the show is going for the second option based on Penghlis’ recent statements.

“I go back to DAYS on the 8th, and that’s going to be interesting because I know they’re bringing a recast of E.J. So, I have a feeling I’m going to be doing work with the brother of old,” the actor revealed. There’s no official announcement from the soap as to who will reprise the role but fans are speculating that it could very well be Daniel Goddard.