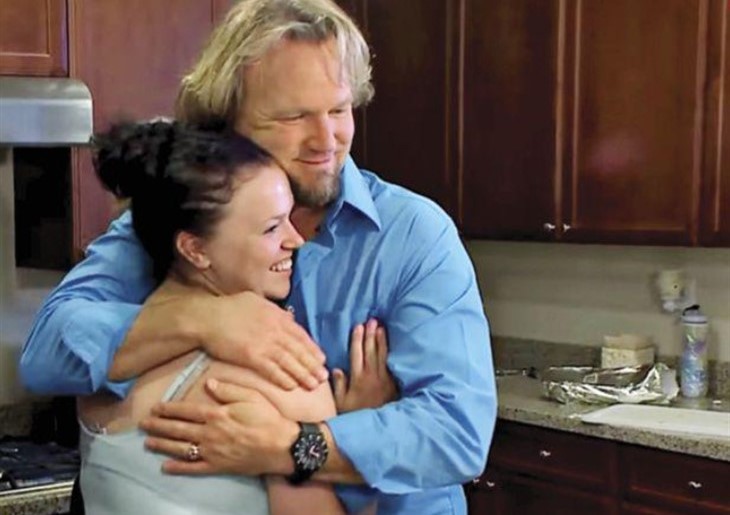 Sister Wives spoilers and updates reveals dad Kody Brown might not seem like the best husband in the world. However, it looks like he learned a thing or two about raising kids. Recently, Maddie Brown Brush revealed that he gave her some parenting advice. Well, between Robyn’s adopted kids and his other wives, he certainly saw a lot of kids grow up.

Sometimes, TLC fans slam Kody Brown as an absentee father. And yet so far, none of his kids seem like uncontrollable brats. So, perhaps in all fairness, fans might give him a few kudos for that. He might not be the best dad in the world, but he obviously learned a thing or two about kids during his life. Fans recently saw him clash with Janelle’s boys, especially Gabe. That came when Gabe refused to stop socializing during the coronavirus. So, Janelle worried that Kody just might end up with him taking the coronavirus home to the other wives. ‘

Actually, in the current show, he also bashed Christine for making her own rules about child-rearing. Nevertheless, in previous years, fans seldom saw that kind of thing, Clearly, the Sister Wives patriarch struggles with his polygamous marriage right now. The first major critics that slammed him did so back when Truly was so sick. Plus, fans later saw him opt alongside Christine to rather allow therapeutic treatment for Ysabel’s scoliosis. And fans thought he probably fell down by not getting adequate insurance for surgery. Nevertheless, between him and his wives, they seem to have raised some good kids.

Sister Wives star Maddie Brown Brush now raises two children. Axel seems like another decent product in Kody’s bloodline. Additionally, Maddie receives a lot of praise for her decisions and the way she raises her little girl, Evie K. However, she still recalls the advice that her dad gave her. Taking to her Instagram Stories on Sunday, March 28, she posted up to slides. One of them showed Evie K laughing and smiling. And the next one showed her crying.

Maddie told her Sister Wives fans that Kody once told her that “Kids are like pixies; only big enough for one emotional at a time.” Maddie agrees with her dad and says that she thinks there’s “truth in that.” After all, Evie went from laughing to crying in about 30 seconds. Well, anyone with a two-year-old knows kids do that often. Evie K’s going on two and at 17 months, she flips from sunny to sad in seconds.

Parents.com explains that James Windell, a psychotherapist, moted that kids “can’t concentrate on any one thing for more than a few minutes.” The littlest Sister Wives star moves on to the next issue as quick as a blink. And sudden sadness probably relates to an inability to fully explain their desires. Denied a desire might become the biggest thing in the world in an instant. So, it seems that Kody Brown really gave Maddie some good advice on what to expect as a mom.

Remember to check back with us often for more spoilers, news, and updates about the cast of TLC’s Sister Wives.