The Bold And The Beautiful (B&B) Spoilers: Thomas Makes Move On Hope – Strikes While Liam Is Down and Out 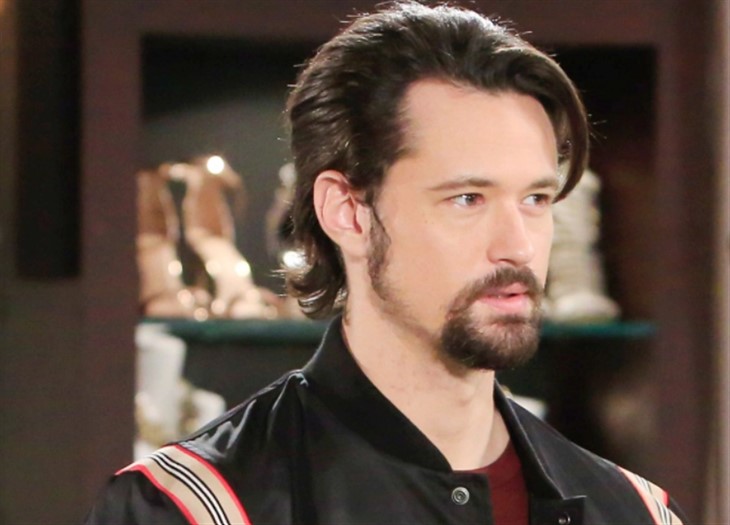 The Bold and the Beautiful (B&B) spoilers document that it’s taken two years. But the real possibility of Thomas Forrester (Matthew Atkinson) moving beyond a co-parenting bond with Hope Spencer (Annika Noelle) is real.

All that’s happened since Thomas’ subdural hematoma diagnosis and surgery has led to this point. He’s become someone Hope classified as loyal, with the potentially former love of her life, Liam Spencer (Scott Clifton), developing into the source of dismay.

The Bold And The Beautiful Spoilers – Hope Logan In The Future

Yes, the use of Hope’s maiden name was purposeful in this section’s header. Viewers know that she reapplied the Spencer name last year when Douglas Forrester (Henry Saimiri) officiated a heartfelt, though fully symbolic ceremony.

Hope and Liam’s official remarriage took place legally shortly thereafter and represented the realization of well more than a year’s effort. Lope was back together despite life’s attempts to break them.

If one had to reference a specific name as Lope’s nemesis it certainly would have been Thomas. But his metamorphosis has changed this daytime dynamic dramatically.

B&B Spoilers – Liam Spencer Is The Past?

Sure, Hope will always have a place in her heart for Liam. He is also the father of Beth Spencer (Madeline Valdez and River Davidson), unless some unforeseen history revision ever changes that fact.

Lope, possibly like Steam, will forever represent some of the best parts of Hope’s life. But potentially similar to what Steffy Forrester (Jacqueline MacInnes Wood) has come to realize, there is more than just Liam in the world.

Hope might eventually choose to take the separation she’s called for and advance it toward a divorce. Liam is just beginning to realize that the end may have already come and he may be powerless to prevent it from happening.

The Bold And The Beautiful Spoilers – Thomas Forrester Deserves Sunlight

Soap operas need fresh idea injections, which include changing the trajectory of the main characters. So, the film noir existence that Thomas has been living might be over.

Atkinson is a daytime standout, arguably delivering some of B&B’s best series of performances in years. So, having his alter ego step into the sunlight could be compelling.

Yes, Thomas can be happy and no longer fully controlled by his flaws. It’s possible that he joins with the woman he loves, who was his choice to be Douglas’ adoptive mother. Imagining a scenario where Thomas and Hope have their own child also wouldn’t be impossible based on the ongoing evolution of this great character.