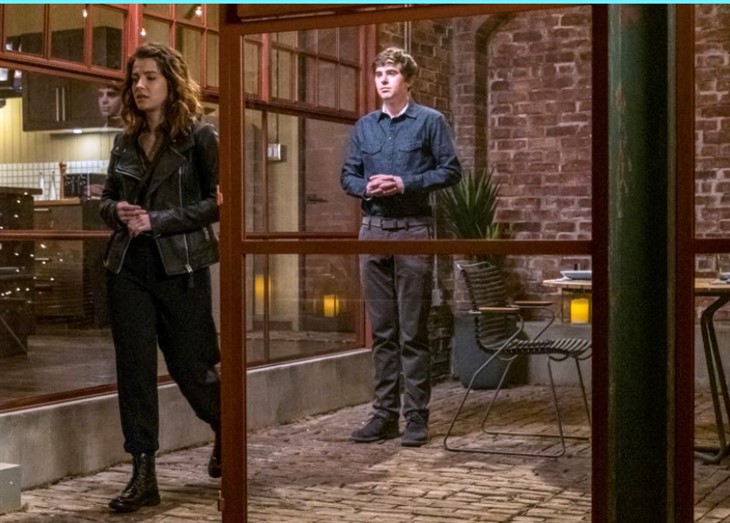 When the recent The Good Doctor episode ended, we were left with Lea (Paige Spara) discussing her pregnancy concerns with Shaun (Freddie Highmore), and the most pressing issue, is finances. According to Good Doctor spoilers, he’s not very sure that she and Shaun can afford a baby right now.

Paige Spara who plays the character of Lea on The Good Doctor told TVLine that she was interested in exploring the relationship twist.

“I was excited to explore how Lea and Shaun would handle such abrupt news,” she says in an interview with TVLine. “Becoming pregnant has so many levels of emotions one goes through with themselves and with their partner. To dive into something so deeply personal and life-changing is [compelling].”

The relationship between Lea and Shaun on The Good Doctor have been more or less laidback, with Lea not really convinced about how she feels about Shaun till there was a catastrophic event that really triggered her. And then we saw her give Shaun an “I’m such a stupid idiot for not seeing it but I love you with all my heart’ kiss.

That moment was like the one relief to all the depressing scenes they’d had to pile on viewers during the Season 3 Good Doctor finale.

Now that it’s established that Lea and Shaun do love each other and that the couple are willing to rough through it together, there’s a baby in the picture. And after a lot of fears on Lea’s side, she decided to keep the baby.

The Good Doctor spoilers show Shaun is also preparing his mindset to take on the challenges of being a father, but could it bring them closer together, like, are we looking at a soon to be married couple type scenario, or are they going to be the kind of parents who take it one day at a time?

At first, when Lea became pregnant, she and Shaun thought they couldn’t handle bringing a baby into the world, what with the many doubts and their own limitations, so Lea decided that the best thing would be to get rid of the baby.

After visiting the women’s clinic, she had a change of heart and now she and Shaun are going to be keeping the baby. But the doubt is still there, eating up Lea, and even though Shaun thinks he’ll in time be a good father, he’s still at present emotionally disconnected from the baby.

The Good Doctor spoilers tease Shaun is afraid he won’t be a good father, Lea is worried that having a baby would affect the career she’s worked for years to build. She is currently the head of the IT department at San Jose St. Bonaventure Hospital. In a male-dominated field, she’s always had to constantly prove her worth.

Also, she’s afraid of how the baby will impact her relationship with Shaun, and maybe she’s too young to be a mother? There’s also the threat of finances, childcare, parenting, and other little closet monsters that are now rearing their heads and scaring her with the notion of having to start a family on The Good Doctor.